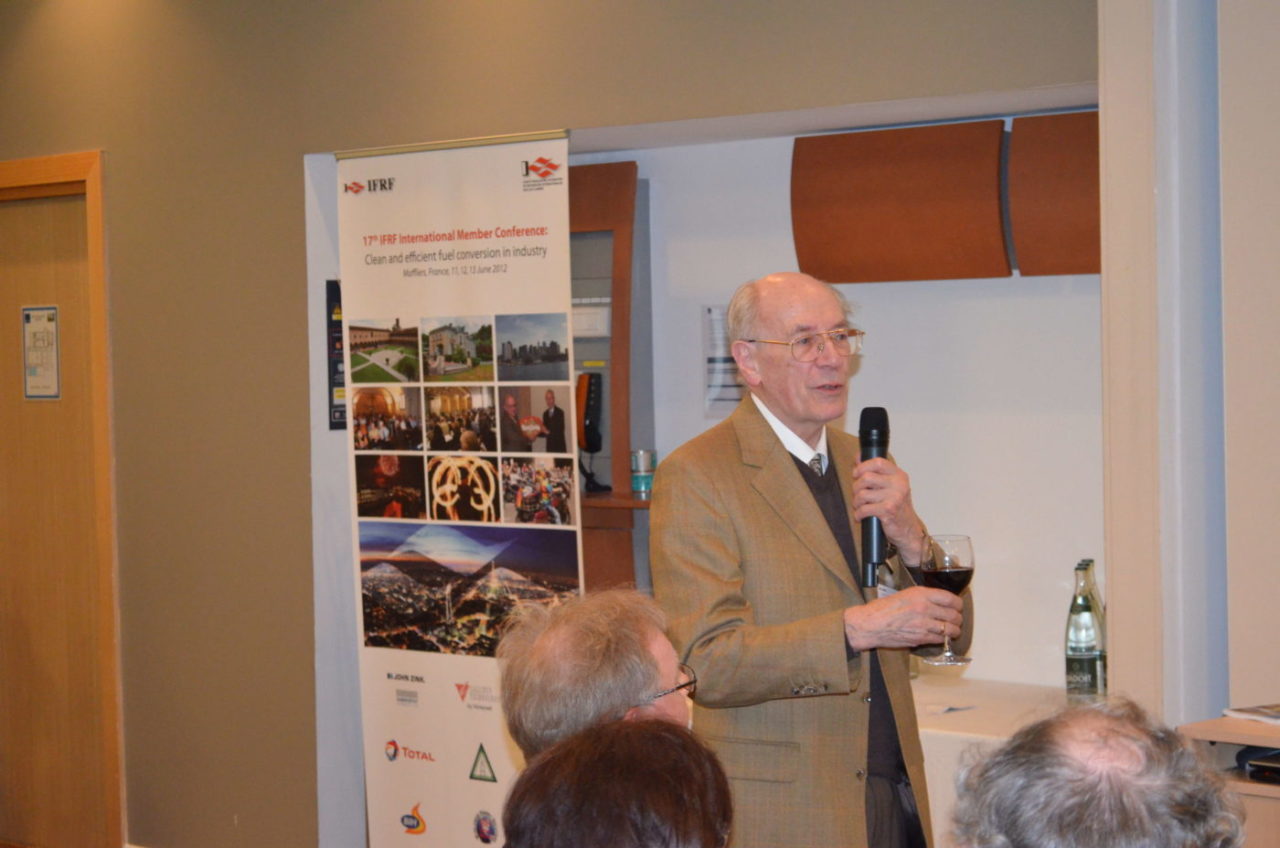 In our announcement of the death of Professor Gérard de Soete (IFPEN and former IFRF Superintendent of Research), who died on 15th January in Colombes near Paris at the age of 90, we promised to supplement our informal tribute to this talented, witty, supremely intelligent and cultured scientist by sharing any particular thoughts or memories of Gérard that IFRF members sent us.  We also said that we would let you know when a more formal obituary for Gérard was published.

Well, two MNM readers have indeed shared memories and anecdotes that bring out two other key attributes of Gérard, namely, an inspiring communicator and a highly practical combustion scientist…

Mario Ditaranto, a thermal energy researcher at SINTEF Energy Research in Norway recalls:  “As a young pre-doctorate student at CORIA (CNRS-Université de Rouen, France), I had to go through a series of obligatory courses of the Aerothermochemistry programme.  As with all the students, I had to take the compulsory course called ‘Introduction to Combustion’, traditionally given as a three-day short course by the invited lecturer – Gérard de Soete.  I really didn’t have any particular interest in that course as my firm intention in joining the pre-PhD programme was to apply for a PhD in plasma physics.  The arrival of a retired professor wearing a hat and a Texan tie made me think ‘oh well, it will only last three days, so let’s get on with it and by the weekend it’ll all be over!’.  By the lunch of Day 1, I had already succumbed to the incredible charisma of Gérard and he fully sold me combustion as a career!  I have never experienced such a lecturing style, where he combined humour, broad literary and historical culture with the topic of his talk – it was a show more than a lecture.  I’m aware that today I would be a lawyer if he had introduced law!”

Tom Lowes, former IFRF Head of Research Station and Joint Committee Member, felt that we had overlooked Gérard’s practical skills in our tribute to him.  “Not only was he exceptionally clever, but he was the best-ever practical flame kinetics guy as well as being fun to be with socially.”

Tom illustrates this point with an anecdote:  “One day Gérard was visiting me on a cement plant after I had left the IFRF in the late-70s, and I was running some burner development trials and couldn’t get rid of the kiln back-end CO – even at 5% O2.  I took him over to the control room and he said ‘Tom, you don’t have enough OH radicals around when the volatiles combust’.  That simple statement led to me developing my OFT [‘Optimum Flame Theory’] – now a benchmark for cement kiln burner design – and applying it around the world, and establishing the CEMFLAME consortium.”