The Member States will provide up to €5.2 billion in public funding, which is expected to unlock an additional €7 billion in private investments. As part of this, 29 companies with activities in one or more Member States, will participate in 35 projects.

IPCEI Hy2Use will cover a wide part of the hydrogen value chain by supporting:

Several projects are expected to be implemented soon, with various large-scale electrolysers expected to be operational by 2024-2026 and many of the innovative technologies deployed by 2026-2027. The completion of the overall project is planned for 2036, with timelines varying in the function of the project and the companies involved.

Hot on the heels of this EU announcement, the first projects to receive the funding are already being announced, with the ones I have come across so far being: 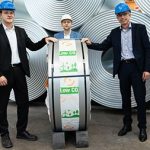