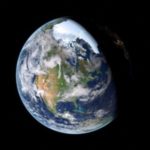 Working Group III of the Intergovernmental Panel on Climate Change has released the Mitigation of Climate Change component of the Sixth Assessment Report; the ‘gold-standard’ in climate change reporting. Annual greenhouse gas emissions continued to rise between 2010 and 2019, by about 12% across the decade, to an estimated 59 Gt of CO2-equivalent emissions in 2019, such that 17% of all anthropogenic emissions since 1850 occurred in the 2010s. For the world to have a 50% chance of limiting global average surface temperature rises to 1.5°C above pre-industrial averages, from 2020 onwards there is an estimated CO2-equivalent budget of 500 Gt (and for a 67% chance of limiting the rise to 2.0°C, the figure is 1150 Gt). An estimated four-fifths of the carbon budget for the 1.5°C target had been consumed by the end of 2019; the need to deeply and rapidly cut emissions is urgent. Though there have been improvements in the GHG-intensity of economic activity, the rise in global activity in industry, energy supply, transport, agriculture and buildings has meant that no overall reduction in GHG emissions has been achieved.

All modelled pathways for achieving 1.5°C and 2.0°C targets have global CO2 emissions peaking before 2025, and to be reasonably confident of achieving the goals, overall GHG emissions must also peak before 2025. (In fact, this applies even for 2.5°C.) Global net zero CO2 emissions are reached in the early 2050s for 1.5°C pathways (with a degree of confidence above 50%) with no or limited overshoot, and around the early 2070s for 2.0°C (confidence level of above 67%). “Deep GHG emissions reductions by 2030 and 2040, particularly reductions of methane emissions, lower peak warming, reduce the likelihood of overshooting warming limits and lead to less reliance on net negative CO2 emissions that reverse warming in the latter half of the century. Reaching and sustaining global net zero GHG emissions results in a gradual decline in warming.”

Reductions in all sectors are required rapidly. This means that “transitioning from fossil fuels without CCS to very low- or zero-carbon energy sources, such as renewables or fossil fuels with CCS, demand side measures and improving efficiency, reducing non-CO2 emissions, and deploying carbon dioxide removal methods to counterbalance residual GHG emissions” are all needed.

As always, a range of scenarios for meeting targets is presented. Some key illustrative mitigation pathways (IMPs) are:

The elements of these pathways will of course mix and overlap, as the report makes clear, but they are useful in giving a sense of the importance of each emphasis, as can be seen in the figure below, taken from the report:

An excellent summary of potential means to reduce GHGs across all sectors is also given in the report, and is reproduced below. It gives a sense of both the scale and cost of the various mitigation options, and it is clear there is low-hanging fruit, options that achieve reductions at costs lower than ‘reference’, including wind and solar deployment, reducing methane emissions from oil and gas, avoiding demand for energy and implementing various energy efficiency measures, shifting to public transport and bikes, optimizing shipping, reducing the use of fluorinated gases, and capturing biogas from solid waste. Agriculture, forestry and land use changes offer a high degree of potential reductions, though at a lower cost than energy changes; industrial reductions and buildings reductions are also considerable, as is transport.

An overriding impression of the report is the monumental scale of the work that needs to be done across all sectors of the economy to meet any pathway that lands the world in anything between a 1.5°C – 2.5°C global average surface temperature rise. As the Working Group II report made clear, even a 1.5°C world brings with it a range of serious impacts on the human and non-human systems.