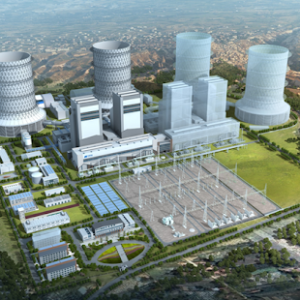 A new report by the International Energy Agency has looked at the need for global technology demonstration funding for deployments the size of a single full-scale commercial unit.  This estimates that at least US$90 billion needs to be raised by 2026 to “complete a portfolio of demonstration projects for technologies that could be commercially ready by 2030 and contribute to achieving net zero emissions by mid-century”. To meet the IEA’s Net Zero By 2050 scenario, around 50% of CO2 emissions reductions will come from technologies that are still in the demonstration stage, such as hydrogen-based steel production, solid-state batteries and direct air capture.

What makes this more daunting still is that bringing such technologies to market by 2030 “requires going from first prototype to market 20% faster on average than the quickest energy technology developments in the past, and around 40% faster than was the case for solar PV.” The IEA’s full list of more than 400 emerging technologies and their state of development is interesting to browse. Because demonstration projects are typically loss-making and risky, governmental support is required to carry them across the so-called “valley of death” towards commercialisation. Such support can be in excess of US$1 billion per project given the necessary scale of energy-related facilities, making them categorically different to innovation in many other areas, such as digital consumer products. Achieving demonstration not only shows the efficacy of the technology at scale, but also informs insurers and financiers of risk, and regulators of cost and market deployment needs.

Amongst the IEA’s list of types of projects requiring funding by 2026 are:

This innovation and those to come speak also to a need for highly trained engineers, scientists and other professionals. International cooperation is identified by the IEA as being “imperative” – the necessary investment would be higher without it, as projects would be needlessly doubled up. On top of this, because of the “inherently challenging business case of technology demonstration, building early demand signals for goods, fuels and services delivered with substantially lower emissions footprints will be important to deploying the next generation of clean energy technologies.” Initiatives such as the First Movers Coalition aim to address this.

Overall, the IEA acknowledges that the idea of meeting the technology challenge is “clearly ambitious”, but insists that it is possible. It is encouraged by funding currently allocated by governments to clean energy projects, such as those in the EU, USA, China, Japan, Norway, Korea, the UK and Australia, though more needs to be done.

US companies turning to ‘re-fracking’ for short-term output boost