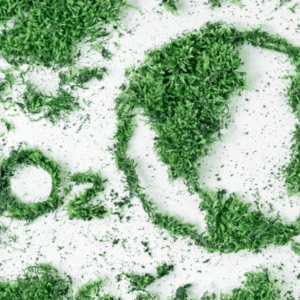 A range of news stories have given a picture of coal as going through shifting demand over the next decade, while coal firing technology becomes cleaner.

For this year, the International Energy Agency has predicted that coal demand will once again reach its historic peak, at 8 billion tonnes, last seen in 2013, should China’s economy recover over the rest of this year, as expected. As with much of the global energy picture at present, the Russian invasion of Ukraine is partly to blame, with ultra-high natural gas prices and the beginning of gas rationing in Europe driving utilities to turn to coal. The other major factor is the return to economic activity following the Covid pandemic-induced lockdowns of 2020 and 2021, and the continued rippling effect of a period of very low relative demand for fossil fuels during those years, which resulted in less investment in productive capacity.

Coal demand rose around 6% in 2021, and is expected to rise around 0.7% this year, with India being one of the main nations driving absolute additional demand, though Europe’s percentage rise is higher, at 7% this year. Sales by US coal miners such as Peabody Energy Corp and Arch Resources have surged this year, buoyed by stronger domestic demand and higher exports, a demonstration of higher global demand.

By 2030, however, commodities and financial analysts S&P Global have recently predicted that coal will make up only 5% of Europe’s energy mix, down from 20% in 2020. More renewables, a rejuvenated supply of gas from producing nations such as Qatar, the USA and Norway, and low-carbon fuels such as blue and green hydrogen and ammonia are presumably the reasons. Countries such as Germany are expected to keep coal-fired plants available as backup generation nevertheless, which seems prudent from an energy security point of view given the current crisis.

Coal demand in Asia, though, may not experience quite a downturn, even if China has set a goal of peaking carbon emissions by 2030. Growing energy demand in China and India, as well as other populous Asian countries may mean that even as installed renewable power generation capacity grows, absolute demand for coal does not diminish. This will further global concerns over carbon dioxide emissions, but a Japanese project may hold the prospect for strongly reducing emissions from coal firing. An interesting article in Power magazine has detailed the development of the Osaki CoolGen project, which uses integrated (coal) gasification fuel cell (IGFC) combined cycle technology in an effort to “achieve zero-emissions coal-fired power generation by combining the IGFC—the ultimate high-efficiency coal-fired power generation—with CO2 capture”, according to Chugoku Electric.

Born out of research by J-POWER and the New Energy Industrial Technology Development Organization (both government-funded) which began in 1995, the Osaki CoolGen project now also features Chugoku Electric Power Co. as a major contributor. Two of three of the major steps in the project are already complete, the first being the technical and economic demonstration of oxygen-blown integrated gasification combined cycle technology, between 2013 and 2017, at a 170 MW plant. The technology was estimated as reducing CO2 emissions by 15% compared to ultrasupercritical pulverised coal-fired power technology, as well as being able to vary load very quickly and stably, a particularly important feature when integrating into grids with high levels of intermittent renewable energy. The second step, between 2016 and 2020, saw the addition of a carbon dioxide separation and capture unit to the plant, which has been capable of capturing 90% or more  of the flue gas CO2. The third step, which is due to be complete by the end of this year, involves augmenting the plant with a 1.2 MW fuel cell, which is to run on hydrogen generated from the gasification and CO shifting processes, as well as a CO2 liquefaction facility (which will eventually deliver food-grade CO2 to nearby tomato greenhouses). Should this type of plant prove economic, it could become a model for future ultra-low CO2, flexible coal-fuelled power stations with reasonably high energy efficiencies.

The future of coal may be brighter than is commonly thought, something that would be welcome news for the planet if retrofits prove feasible.