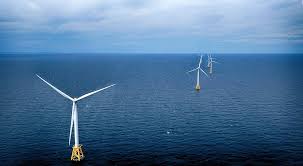 The International Energy Agency has released its annual report on power generation from renewable energy sources, with the headline finding being that the “first truly global energy crisis, triggered by Russia’s invasion of Ukraine, has sparked unprecedented momentum for renewables.”

With high fossil fuel costs, the cost competitiveness of solar PV and wind generation has improved, and the Agency predicts that about as much renewable power generation capacity will be added (2,383 GW) over the next five years as was deployed in the two decades 2001-2021. This expansion “will be much faster than what was expected just a year ago,” almost 30% higher than previously forecast, driven mainly by China, the European Union, the United States and India, some of which have instituted policies to further speed renewables deployment in response to the energy crisis. With the added deployment, as a group renewables will become “the largest source of global electricity generation by early 2025, surpassing coal,” which will be a remarkable milestone for the energy sector.

In 2021, the share of renewables in electricity generation worldwide was 28%, and by 2027 that is forecast to grow to 38.1% (and around 20% of total power generation), as electricity from solar and wind more than doubles. Solar PV alone is expected to surpass coal by 2027. Growth from dispatchable renewables including hydropower, bioenergy, geothermal and concentrated solar power will remain “limited”, however, as they are generally more difficult/costly to arrange. These projections are under the IEA’s ‘main case’, but it also has ‘accelerated’ and ‘net zero’ cases, and under the latter, deployment needs to be 58% faster than under the main case, once again demonstrating just how radical and rapid a change net-zero scenarios require. However, the Agency believes that a 25% increase (the accelerated case) could be achieved relatively comfortably “if countries address policy, regulatory, permitting and financing challenges”, and this would significantly narrow the gap to the net zero scenario.

In particular, renewables for heating and transport require additional focus; for heating, the contribution of renewables is expected to rise from 11% to 14% by 2027 in the main case – significant but not breathtaking change. Even under the main case, power grid operators will face serious challenges to adjust operations to maintain stability, and it seems certain that storage and electrolysers will have to play an important role in this. Indeed, “global renewable capacity dedicated to producing hydrogen increases 100-fold in the next five years, offering opportunities to decarbonise industry and transport,” according to the report, such that 50 GW of renewables capacity will be assigned by 2027 to hydrogen production, led by China, the EU, Australia, the Middle East and North Africa, Chile, and the United States. Meanwhile, biofuel demand is expect to grow 22% over the next five years, with a growing proportion coming from waste and residues.

The report makes for interesting reading.