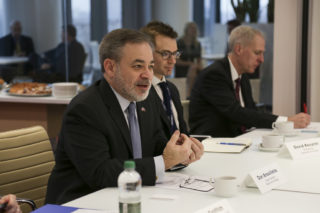 The United States Senate has confirmed Dan Brouillette as the new Energy Secretary to replace the outgoing Rick Perry. Mr Brouillette was deputy to Mr Perry from 2017, and was a member of Louisiana’s Mineral and Energy Board from 2013 to 2016. Prior to that, he had been an assistant secretary at the Energy Department under former President George W. Bush. His views on energy are reported to include support for US fossil fuel extraction and a belief that carbon capture and storage technology is necessary to curb emissions from industry and the broader economy that will inevitably be using fossil fuels for decades to come.

Electricity from coal firing set to fall 3% this year