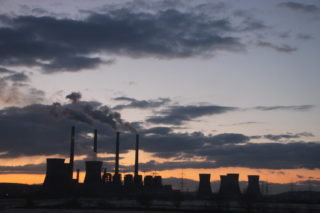 Data for the first seven to 10 months of the year has suggested that electricity produced from coal firing is due to fall 3% this year, or around 300 terawatt-hours. The analysis, reported in Carbon Brief, was conducted by energy analysts Lauri Myllyvirta, Dave Jones, and Tim Buckley, and attributed the decline to record falls in the use of coal in developed countries such as the US, Germany and South Korea, along with a flattening in China, and a “sharp turnaround” in India, where electricity from coal firing might decline slightly for the first time in three decades. The fall, if the remainder of the year follows the pattern, would be the largest observed, though there were also falls in 2015 and 2009, meaning that it is unclear if this year’s result will become a trend or if it will be followed by a rise next year. However, with the drivers including increased electricity production from renewables and slowing or negative power demand growth, as well as a switch to gas and nuclear, there is reasonable grounds to suggest it could become a trend. On the other hand, increased coal-firing in other developing countries with growing power demands may reverse it. While major think-tank organisations like the International Energy Agency predict a general flat-lining of coal use over the coming decades, actual data is the more informative, though use of coal for other industrial purposes, such as steelmaking, could mean that overall coal use is not declining.