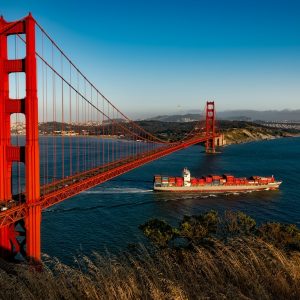 The US State of California – the fifth largest economy in the world – has signed a package of new legislation into law to combat climate change, with Governor Gavin Newsom describing it as “the most aggressive action on climate our nation has ever seen,” adding that the state is “not only doubling down, we’re just getting started.”

One part of the legislative package requires the state to reach ‘carbon neutrality’ no later than 2045 (a goal that was previously only an executive order), with greenhouse gas emissions being reduced by at least 85%, while another will outlaw drilling for oil within 975 metres of homes, schools and other neighbourhood sites. Retail electricity sales will now need to be 90% non-carbon sources by 2035 and 95% by 2040 (in addition to the existing targets of 60% by 2030 and 100% by 2045).

As part of the package, the life of the Diablo Canyon nuclear power plant will be extended to help provide grid stability, though from 2025 power generated from the plant will not count towards clean energy targets. Part of the package also bans enhanced oil extraction using captured carbon dioxide, though it does create a “a clear regulatory framework for carbon removal and carbon capture, utilization and sequestration”, meaning there is on the whole a positive approach to the technology. There is also a law that requires the state “to develop an achievable carbon removal target for natural and working lands”.

One gets the feeling Mr Newsom’s rhetoric was perhaps on the strong side, given that a lot of the measures were already in place in some way, but the package is still significant.