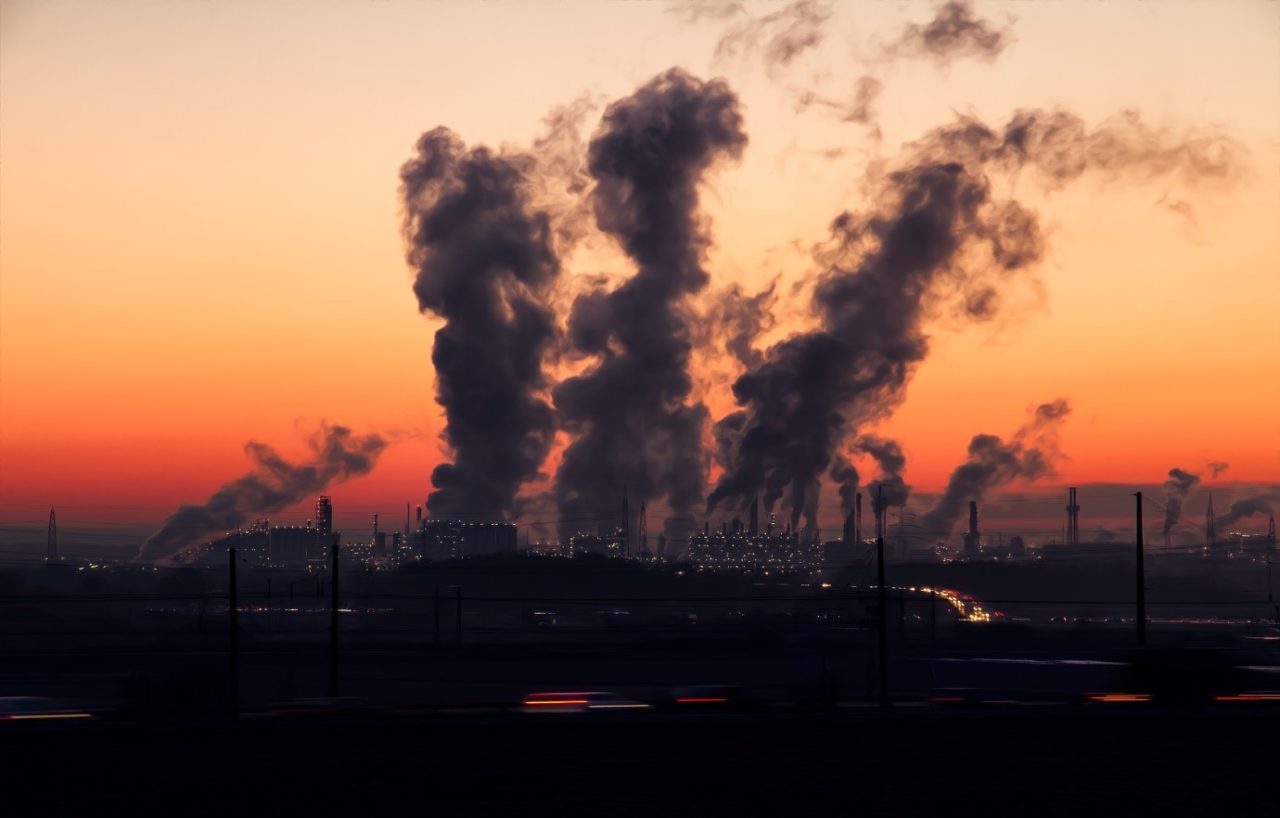 It seems that carbon dioxide emissions and climate change have seldom been out of the news in the last few months, with a growing public concern (and action) accompanying the wider public understanding of the link between the two.  Add to this the release, just seven days ago, of the Global Assessment Report of the UN’s Intergovernmental Science-Policy Platform on Biodiversity and Ecosystem Services (IPBES), providing overwhelming evidence that around one million species are in danger of extinction due to mankind’s impact on our planet – with climate change impacts writ large.  The time to get serious about climate change is here (although most IFRF members would probably agree with me that the time should have been more than 20 years ago!).  To quote Greta Thunberg – who’s wisdom as a 16-year-old schoolchild exceeds (by a large margin) that of many of our global leaders several times her age – “We need to change the system as if it were in crisis, as if there were a war going on!”

So, with these unprecedented imperatives at the forefront of our minds, it would have been good to read in the International Energy Agency’s latest statistical analysis that we had passed ‘peak CO2’ and were well on track to meeting the sort of reductions demanded under the Paris Agreement (signed by 195 countries in 2016)…  sadly, this is not the case.

According to the IEA’s second Global Energy and CO2 Status Report, published in March, energy-related CO2 emissions actually rose by 1.7% in 2018, hitting a new record.  The agency also found that the demand for all fuels increased, with fossil fuels providing nearly 70% of the growth for the second year in succession.  And this despite the growth in renewables…!

According to this Status Report, energy consumption worldwide grew by 2.3% in 2018, nearly twice the average rate of growth since 2010, thanks to a robust global economy as well as higher heating and cooling needs in some regions.  Unpredictable cold snaps drove up the demand for heating and, more significantly, higher summertime temperatures increased the demand for cooling.  China, the United States, and India together accounted for nearly 70% of the rise in energy demand, with the USA recording the largest global rise in oil and gas demand.  Its gas consumption jumped 10% from the previous year – the fastest increase since IEA records began nearly 50 years ago.

The largest increases came from natural gas, which emerged as the ‘fuel of choice’ last year, accounting for nearly 45% of the increase in total energy demand, with demand growth particularly evident in the USA and China.

Meanwhile, coal-fired power generation continues to be the single largest emitter, accounting for 30% of all energy-related CO2 emissions, according to the report.  Coal consumption rose 0.7%, with increases seen exclusively in developing countries in Asia.

At the release of the report, Dr Fatih Birol, the IEA’s Executive Director, commented: “Despite major growth in renewables, global emissions are still rising, demonstrating once again that more urgent action is needed on all fronts – developing all clean energy solutions, curbing emissions, improving efficiency, and spurring investments and innovation, including carbon capture, utilisation and storage.”

…but the UK doing better

In the UK, on the other hand, news concerning the country’s CO2 emissions looks rosy…  According to 2018 UK Greenhouse Gas Emissions, Provisional Figures, published by the Department for Business, Energy and Industrial Strategy (BEIS) at the end of March, 2018 saw UK net emissions of CO2 fall from 373.2 Mt in 2017 to a provisionally estimated 364.1 Mt – a 2.4% decrease and equivalent to taking about five million cars off the road (a vogue and somewhat spurious metric to my mind!).  As the main greenhouse gas (GHG), CO2 accounts for 81% of total UK GHG emissions.

UK GHG emissions are estimated to have fallen by 44% between 1990 and 2018, with CO2 emissions now “at the lowest level since the 1890s”, according to BEIS.  “The UK continues to show that cutting harmful emissions while growing the economy can go hand-in-hand”. 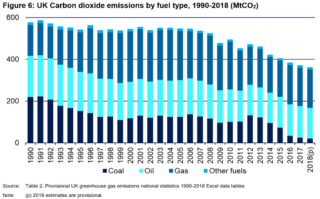 The provisional UK statistics show that the UK’s CO2 emissions from power stations are estimated to be down by 10% on 2017 levels, with transport emissions down by 3%.  Meanwhile, UK electricity generated from low-carbon sources (i.e. renewables and nuclear) hit a new record high of 53% of the total, with coal-fired generation down to a record low of 5%.

Claire Perry, the UK’s Minister for Energy and Clean Growth, commented:  “We can be proud that we continue to lead the way in reducing emissions while growing our economy.  More than half of our electricity comes from low-carbon sources thanks to more than £52 billion of government support for renewable projects in the UK since 2010 – all part of our modern Industrial Strategy.”

However, despite this apparently rosy picture, earlier this month saw the UK’s Committee on Climate Change publish its eagerly-anticipated report ‘Net Zero – the UK’s contribution to stopping global warming’, which recommends a new emissions target for the UK: net-zero greenhouse gases by 2050 (see Patrick Lavery’s Combustion Industry News blogpost on this here).

“A net-zero target for 2050”, the report states, “will deliver on the commitment that the UK made by signing the Paris Agreement.  It is achievable with known technologies, alongside improvements in people’s lives, and within the expected economic cost that Parliament accepted when it legislated the existing 2050 target for an 80% reduction from 1990.  However, this is only possible if clear, stable and well-designed policies to reduce emissions further are introduced across the economy without delay.  Current policy is insufficient for even the existing targets.”

And so back to Greta Thunberg and her comment about changing the [political] system “as if there were a war going on”.  On a recent visit to the UK, Greta challenged parliamentarians:  “The UK is, however, very special. Not only for its mind-blowing historical carbon debt, but also for its current, very creative, carbon accounting.”  No punches pulled there and she doesn’t seem too impressed either!

Next: RJM exhibits at World Waste to Energy Summit, May 2019