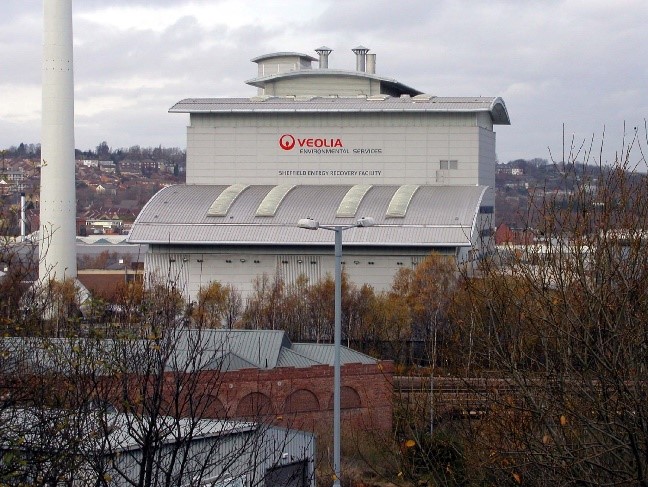 How we deal with our waste as a society is fast going up the agenda, globally.  A focus on the concept of a ‘circular economy’ (as an alternative to the traditional linear economy, i.e. ‘make – use – dispose’) is increasing rapidly, one in which we keep resources in use for as long as possible, extract the maximum value from them whilst in use, and then recover and regenerate products and materials at the end of each service life.

A key aspect of circular economy thinking is the idea of ‘closing the loop’ on waste, i.e. minimising its production, then valorising waste streams and developing technologies such that waste is eliminated – or, at least, very close to it.  While fully closing the loop on waste is still a far-off aspiration, great strides are being taken in many parts of the world to modify our direction of travel.  The familiar ‘hierarchy of waste’ (i.e. the mantra of ‘prevent – reduce – reuse – recycle – recover – dispose’) is a considerable improvement on the linear economy approach, and while we all understand that, as a society, we need to prioritise our actions at the ‘higher’ parts of the hierarchy (i.e. prevention, reduction and reuse of wastes, and closed-loop recycling), energy recovery from waste is an increasingly important aspect, and one of keen interest to IFRF members.

‘Energy-from-waste’, EfW (also referred to a ‘waste-to-energy’, WtE or W2E) is a topic that we had a good look at in a series of IFRF Blogs back in February, March and April 2018:  After an introductory piece looking at the global market for EfW, we went on to look at thermal treatment (e.g. incineration), advanced thermal treatment (e.g. gasification, pyrolysis, etc.) and biological treatment (e.g. aerobic and anaerobic digestion, methanation, etc.).  These blogposts went into considerable detail on the relevant component technologies and processes, the emissions and how they are controlled, integration, etc., but also highlighted the key future R&D topics needed to improve the efficiency and economic performance of these various waste treatment processes.  The blogposts emphasised clearly the need to optimise both the recovery of electrical power and heat from the various waste streams, notably through combined heat and power (CHP) systems.

One country where these various issues are receiving considerable attention is the UK, particularly with this last point on heat and power in mind.  Therefore, it was interesting to read through the UK government’s new strategy on waste – ‘Our Waste, Our Resource: A Strategy For England’, launched in December 2018.

This broad-reaching document (which addresses everything from sustainable production to dealing with food waste) presents some very interesting statistics on EfW in England.

Firstly, the good news!  The strategy notes: “The proportion of local authority collected waste going to EfW plants increased from 9% in 2000/01 to 41% in 2017/18.  In 2017 incineration of biodegradable waste produced about 3.4% of the UK’s renewable energy, offsetting the use of virgin resources.”  It goes on to note that “Thanks to improvements in recycling and sending more waste to EfW, we are less reliant on landfill – with a 72% reduction by weight of local authority collected waste sent to landfill since 2010/11.  But more progress can be made.  We will explore moving away from weight-based targets towards natural-capital based targets, but in the meantime are committed to bringing the amount of municipal solid waste sent to landfill down to no more than 10% of the total by 2035.”

So far so good… but then comes the bad news:  “England has around 40 EfW plants.  Eight operate in CHP mode, delivering greater efficiency than solely generating electricity.”  The report goes on to say: “We want to help the companies that run EfW plants to use the heat produced to improve their efficiency, and to help industry make the right decisions over infrastructure investment.”

How does the UK government propose to drive greater efficiency of EfW plants?  The government clearly acknowledges the need for more EfW facilities that increase overall plant efficiency, minimise environmental impacts and progress waste treatment technologies that produce outputs beyond just electricity generation (where these are environmentally sound and economically viable).  Specific measures that the government proposes to adopt include:

However, despite the messages and measures contained in the UK government’s strategy, and despite the progress being made with facilities and technologies, there is still much to be learned from looking at what some of the UK’s neighbours are doing elsewhere in Europe.  In Denmark, for example, EfW facilities tend to be located in the midst of the communities that they serve – no matter how affluent those communities are – in order to enable the heat recovered from the thermal treatment of the (optimally post-recycled) waste to be efficiently distributed into homes, schools, libraries, shops, etc., in the immediate vicinity of the plant, thus lowering heating costs.  Furthermore, urban planning processes ensure that the waste transport vehicles associated with the EfW facility are segregated effectively from the residential traffic associated with the community in which the EfW facility is located, and that the facility itself is often enclosed within an effective outer ‘shell’ (itself often of considerable architectural merit) so as to minimise any environmental emissions.  Generally, the local government/authorities run the waste collection activities as well as the EfW facility and recycling centres, in an integrated, holistic manner, with appropriate regulations and financial incentives in place to ensure that the maximum extent of reuse and recycling from the waste stream prior to treatment is achieved.  In the UK, by comparison, such an integrated holistic approach rarely exists, with each of these operations generally separately outsourced (on a lowest-cost basis), often leaving the public confused as to whether their carefully-sorted recycling is actually recycled, fed to an EfW facility, or recombined and dumped in a landfill site.

However, that said, there are several exemplars of good practice operating in the UK, with others under construction or planned over the next year or two.  In the next Monday Night Mail we will take a look at one such project – the waste-fuelled CHP EfW facility currently being built at the Wheelabrator facility at Kemsley, Kent, UK, and the plans to extend and upgrade these facilities in the future.

Next: IFRF’s National Committee events in 2019