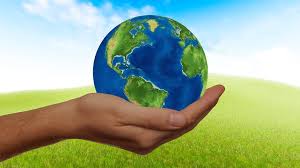 This year’s version of the International Energy Association’s World Energy Outlook – described by the organisation itself as “the gold standard of energy analysis” has been released. It finds that a glut of natural gas supply will probably not occur as many had forecast (even as the IEA had hinted at in its 2016 Outlook) as Chinese demand for gas increases drastically. However, there may be a supply gap for oil in the early 2020s as demand for petrochemical use increases due to the growing middle classes in the developing world buying more consumer products. Solar PV deployment is “charging ahead”, though other low-carbon and energy efficiencies require a push by governments, the report finds. In the longer term, under current policies energy demand is to rise by 25% by 2040, with almost two thirds of new power generation capacity additions being renewable technologies. For grid managers, the high share of intermittent renewables will force a focus on flexibility, probably both on the supply and demand side, and this will be exacerbated by the continuing trend of electrification of transport and industry. The report also finds that if the world is to meet a 1.5oC global average temperature rise target, the energy infrastructure (power plants, refineries, cars and trucks, industrial boilers, and home heaters) currently installed and under-construction around the world would take up 95% of all permitted emissions in the coming decades. This would mean that there would be little room for additional carbon-emitting power generation capacity, let alone agricultural or land-use change emissions. This is a stark reminder of the need for a huge decarbonisation of energy infrastructure, and points to a statement in the overview of the Outlook that “policy choices made by governments will determine the shape of the energy system of the future”.

Next: Draft Spanish climate and energy law aims for a 37% decrease in present emissions by 2030 amongst other targets