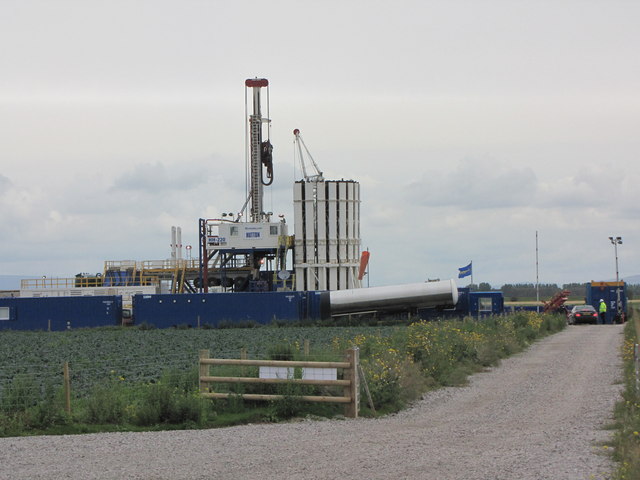 Two weeks ago, we reported in Combustion Industry News that the UK government had indefinitely suspended hydraulic fracturing – ‘fracking’ – for shale gas in England in response to concerns about the safety of the practice (i.e. seismic events).  Although this is not a permanent ban, it could signal the end of the road for shale gas production in the UK.

I remember well some of the hyperbole aired concerning the prospects for shale gas in the UK a mere two years ago.  At that time, there was a high-level conviction within the UK government that the paradigm-shift that shale gas had made in the USA over the previous 10 years could be repeated in the UK, simultaneously helping us in our quest to decarbonise our energy system, providing significantly lower cost gas, and securing for the UK huge resources of natural gas just when we were facing up to that resource tailing-off over a few decades.  I remember distinctly the oft-quoted US statistics clearly demonstrating the game-changing nature of this ‘new’ source (albeit one produced in the USA as early as 1821, the extraction of which had been assisted by fracking since 1947) over the ten years from 2007 to 2017: production up by 800% (and much higher now – see our Combustion Industry News blogpost back in mid-August), price of gas down by 30%, proven reserves up by a staggering 1220% – not bad for a depleting energy resource that had been considered past its peak in many parts of the world.  No wonder the UK government were keen back then on exploiting shale gas and having our own ‘shale gale’ on this side of the Atlantic!  Back in 2012, the now UK Prime Minister, Boris Johnson was reported as saying: “It is glorious news for humanity.  It doesn’t need the subsidy of wind power.  I don’t know whether it will work in Britain, but we should get fracking right away.”

In sharp contrast to the UK decision for a moratorium on fracking earlier this month, the International Energy Agency hailed the worldwide reach of US shale gas in its latest review of the country’s energy policies published in September.  According to that review, the shale gas boom has “transformed” the USA into the world’s top oil and gas producer, and “reshaped” the global energy landscape.  This, the IEA contend, has resulted in a policymaking approach that has shifted from a mindset of scarcity to one “seeking to maximise the benefits of energy abundance.”

The IEA review claims that US government policy reflects a strategy to boost energy production, benefit from greater energy exports, keep customer bills under control and demonstrate leadership in energy technologies.  One core component of this strategy is to reduce regulatory hurdles to expanding production of energy resources.

Although the USA’s carbon dioxide emissions are projected to fall over the next 10 years, the IEA also encourages a further strengthening of this trajectory.  The agency warns that despite CO2 savings made by switching to natural gas and renewables for electricity generation, nuclear power station retirements and less-stringent emissions regulations could jeopardise progress.

The abundance of low-cost natural gas in the US energy mix has resulted in gas-fired generation overtaking coal-fired generation in the country’s power sector.  Equally, falling costs and increased policy support for renewables have driven growth in both wind and solar capacity.  As a result, the IEA says, coal and nuclear plants that had long been the cornerstones of the US electricity sector are now facing closure.

“Since the last in-depth review five years ago, the US has reshaped energy markets both domestically and around the world,” said Dr Fatih Birol, the IEA’s Executive Director, as he presented the report alongside Rick Perry, the US Secretary of Energy, in Washington, DC, in September.  “In this context, the IEA commends the lifting of the US ban on crude oil exports as well as efforts to streamline regulatory approvals for LNG exports, which have helped bolster global energy security by diversifying supply options for importers,” he added.

In the report, the IEA notes that future production growth and exports will depend on the complementary build-out of oil and gas pipelines.  In August, the US Environmental Protection Agency announced that it would relax federal rules on methane by permitting oil and gas firms to police themselves when it comes to preventing gas from leaking out of production infrastructure.

However, some major oil and gas firms distanced themselves from the decision, rather than welcoming it as expected.  According to a New York Times article, this is because the industry fears that it will be less successful in arguing that gas should replace coal in power generation without constraints existing for harmful emissions.

Ultimately, the IEA recommends policy and regulatory responses to “ensure a smooth transition in the electricity sector that fully leverages the growth in variable renewables” while ensuring the power system remains resilient.