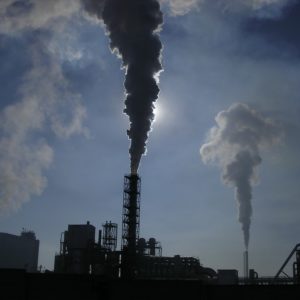 The United Nations Environment Programme has released its 2022 Emissions Gap Report, and as the subtitle ‘The Closing Window’ suggests, the report emphasises that time is running very short to limit the global average surface temperature rise to 1.5°C above the pre-industrial level. In fact, by UNEP’s reckoning, the world under current policies is heading towards a central estimate of 2.8°C degrees warming by the year 2100, well over the upper Paris Agreement target of 2.0°C. New nationally determined contributions (NDCs) to reductions since the COP26 climate conference in Glasgow mean only an additional 0.5 Gt in reductions of CO2-equivalent emissions by 2030, and countries in general are not even on track to meet their inadequate 2030 goals. Current unconditional NDCs would mean greenhouse gas emissions in 2030 of 55 GtCO2-equivalent (if met) as a central estimate, whereas to have a 66% chance of meeting the 1.5°C target, the world should only be emitting 33 Gt (as a central estimate) per year by that time, meaning an ‘emissions gap’ of 22 GtCO2-e. Most developed nations are reducing their emissions to some degree, though Russia, Saudi Arabia, Argentina and Turkey are not, while the two most important countries in terms of rising absolute emissions, China and India, are still increasing their emissions, the latter more rapidly than the former.

Overall, the picture is indeed bleak, and it is clear that the window is closing. Reductions all across the economy are required to avert the worst; Climate Action Tracker’s new report on a range of different sectors and technologies shows just how much rollouts need to speed up.

IEA forecasts peak GHG emissions and fossil fuels use by 2025, but world currently on course for 2.5°C rise by 2100