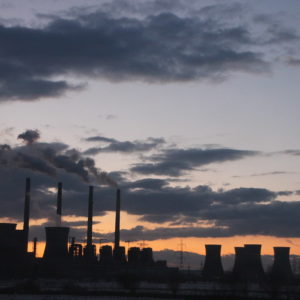 It is a busy time for the release of reports at present, with the International Energy Agency publishing the 2022 version of its World Energy Outlook, which finds both that today’s “energy crisis is delivering a shock of unprecedented breadth and complexity” and that there is “scant evidence to support claims from some quarters that climate policies and net zero commitments contributed to the run-up in energy prices”.

Overall, the report finds that the energy crisis will mean that global clean energy investment will rise by 50% to 2030, as governments including those of the USA, Japan, Korea, and the members of the European Union react to high fossil fuel prices with longer-term plans to transition more rapidly away from them. Because of this, the IEA sees that “a high point for global [greenhouse gas] emissions is reached in 2025″. Relatedly, total fossil fuel use is set to peak around the same time, although the peaks (and plateaus) are different for different fuels. “For the first time ever, a WEO scenario based on today’s prevailing policy settings – in this case, the Stated Policies Scenario – has global demand for every fossil fuel exhibiting a peak or plateau. In this scenario, coal use falls back within the next few years, natural gas demand reaches a plateau by the end of the decade, and rising sales of electric vehicles (EVs) mean that oil demand levels off in the mid-2030s before ebbing slightly to mid-century […] The declines are much faster and more pronounced in the WEO’s more climate-focused scenarios.”

Nevertheless, under the stated policies scenario, fossil fuels still account for around 60% of the global energy supply by 2050 (down from 80% today), and the global average surface temperature rises by a central estimate of 2.5°C by 2100. On the other hand, if today’s growth rates for renewables are maintained, a much faster transition will occur in the energy sector. If all announced electrolyser and hydrogen projects come to fruition by 2030, there will be 50% more capacity from them than the IEA’s Announced Pledges Scenario envisages – this is a promising piece of news, though it must be matched by demand for the output. Still, stronger policy support is required across the energy sector to meet the IEA’s Net Zero Emissions by 2050 Scenario. The organisation’s chief, Dr Fatih Birol, said that the “environmental case for clean energy needed no reinforcement, but the economic arguments in favour of cost-competitive and affordable clean technologies are now stronger – and so too is the energy security case. Today’s alignment of economic, climate and security priorities has already started to move the dial towards a better outcome for the world’s people and for the planet.”

Interestingly, the IEA also finds that Russia’s invasion of the Ukraine, and the subsequent decoupling of energy ties between Russia and Europe will mean that “Russia’s share of internationally traded energy, which stood at close to 20% in 2021, falls to 13% in 2030 the Stated Policies Scenario, while the shares of both the United States and the Middle East rise.” Part of the reason for this is that “Russia’s reorientation to Asian markets will be particularly challenging in the case of natural gas.”