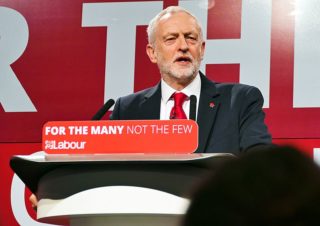 The UK Labour Party has used its annual conference to announce a policy of bringing the kingdom to net carbon neutrality by 2030 while nationalising the biggest six energy companies (British Gas, EDF Energy, E.ON, npower, Scottish Power, and SSE). Such a plan would mean retrofitting the boilers in 24 million homes to be electric rather than gas-fired, as well as decarbonising transport, agriculture, and fossil-fired power generation, within little more than 10 years, depending on when the party would enter government. A parallel with the Green New Deal plans amongst prominent US Democrats is evident, and as with those plans, it is difficult to see a realistic pathway to realise the plan. Some acknowledgement of this came from the head of Greenpeace UK, who said that meeting the 2030 target would be extremely difficult, but that “missing the target by a few years, or even a decade, is still a far better outcome than hitting the government’s 2050 target, which is dangerously late”. While most Labour Party supporters welcomed the new policy (which will still need to be confirmed to be part of the next election manifesto), others expressed their concern in relation to the economy and the impact on jobs.