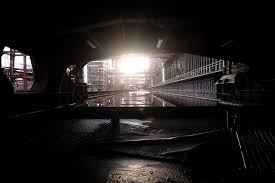 A study by Aurora Energy Research has speculated that the draft German law that details closure plans for coal-fired power plants may not have the smoothest of implementations, Reuters has reported. If compensation for the first 12 closures, scheduled to be completed by 2023, is at a rate of €150,000/MW capacity (US$165,000/MW), then future compensation is likely, in Aurora’s view, to be lower, perhaps at €100,000/MW capacity. As the first closures are likely to be in the north, where there is somewhat less industrial activity, closures around 2030 are likely to be in the south, where there is more, which may mean a higher incentive for plants to remain operating, especially if the compensation on offer is lower. In turn, this may lead the owners of power plants to reject compensation, giving rise to legal processes and delays in the closure of plants, meaning the continuation of higher levels of carbon emissions. While it is an interesting scenario to consider, much may happen before 2030 that alters the possibilities envisaged by Aurora.