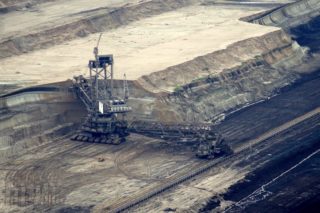 While Poland has been blamed for being the only member of the EU to object to the European Green Deal (one suspects a few other countries may have been happy for the deal not to proceed), there are signs that the country’s appetite for coal projects is diminishing. Reuters has reported that Poland’s biggest energy group, PGE, is considering pulling out of a plan to build a new lignite mine at Złoczew, in the central-south-west area of the country. The mine was to supply the Bełchatów power plant, Europe’s biggest polluter, beyond the 2030s, but a combination of rising costs (including for carbon credits), increased pressure from the European Union, and PGE’s own desire to “focus on low or zero emission projects that are positive on its EBITDA [earnings before interest, tax, depreciation and amortization]”, as one source told Reuters. However, the decision has not been made, and PGE will still seek a production licence for the mine to keep its options open. As the Bełchatów plant supplies around 20% of Poland’s electricity, some replacement would be needed if the mine did not go ahead, and one possible suggestion is a nuclear plant, though Poland’s experience of the fallout from the Chernobyl disaster may mean it is politically unfeasible.