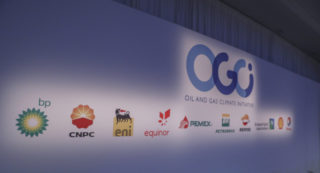 One of the range of interesting announcements preceding the UN climate meeting in New York last Monday came from the Oil and Gas Climate Initiative, involving the commercialisation of carbon capture, utilisation and storage. In the short term for CCUS, the OGCI is helping fund the development of five separate projects already in the pipeline in the US, UK, Norway, the Netherlands, and China, with the aim of doubling the annual amount of carbon dioxide that is currently stored globally by 2030. At the same time, an “acceleration framework” has been launched, which seeks to strengthen commercial and governmental cooperation on CCUS in the member countries of the Clean Energy Ministerial CCUS Initiative – Canada, China, Japan, Mexico, the Netherlands, Norway, Saudi Arabia, South Africa, the United Arab Emirates, the United Kingdom, and the USA. The hope is that these projects will help turn CCUS into a “commercially viable, safe and environmentally responsible” industry. The OGCI, whose members are BP, Chevron, CNPC, Eni, Equinor, ExxonMobil, Occidental, Pemex, Petrobras, Repsol, Saudi Aramco, Shell and Total, also announced that they collectively reduced the methane intensity of their businesses by 9% in 2018.

At a meeting of the OCGI, also held in New York, members of the OGCI expressed their belief that more oil will be needed in the future, as the Financial Times reported. However, former head of the UN climate secretariat, Christiana Figueres, told the meeting that it is her belief the oil and gas industry has “a rough road ahead”, as electric vehicles, renewable energies, investor sentiment, and a difficulty in finding talent all present challenges.