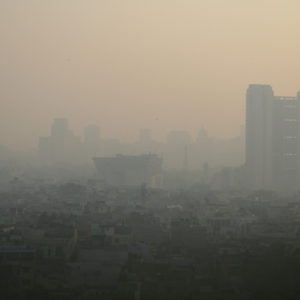 A study published in Lancet has estimated that 9.01 million people died because of pollution in 2019 (~1 in 6 deaths of all causes), with 4.14 million deaths coming from ambient particulate pollution in the air, and almost 1.6 million of those being in India.

Deaths due to household air pollution (2.31 million), as well as those from water pollution (1.36 million) fell from the last estimate in 2015, but those from industrial pollution, ambient air pollution and toxic chemical pollution rose, meaning the total number of deaths was steady (though an increase from two decades ago). Lead pollution related deaths were at 900,000. Farm crop burning, emissions from vehicles and from power generation are amongst the activities causing poor air quality in India, which in 2019 experienced the highest average particulate matter concentrations of any country, at 70.3 µg/m³, far above the World Health Organisation’s guideline safe limit of 10 µg/m³.

(All mortality numbers cited here are central estimates from the confidence range.)