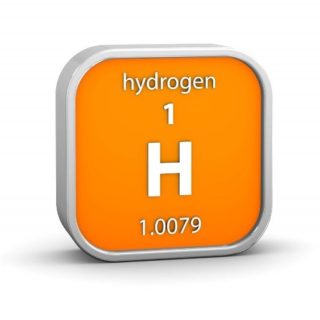 The world’s first ocean-going liquid hydrogen carrying vessel has been launched in Japan, in an important step in developing a global hydrogen market and supply chain. The ship, named the Hydrogen Frontier, was built at the Kawasaki Heavy Industries shipyard in Kobe, and will service a Japanese-Australian project to make hydrogen from coal. The ship meets the International Maritime Organisation’s interim safety standard for carrying liquid hydrogen, and will go through trials in 2020, with shipping of hydrogen to commence from late next year. The storage temperature for the hydrogen in the ship is a rather chilly -253oC, and the tank support structures are made of glass-fibre reinforced polymers – a poor heat conductor but a strong material, originally developed for helicopter rotor blades. The 1,250 m3 is dwarfed by modern LNG tankers, which can carry up to 160,000 m3, but the intention is that future hydrogen ships will be of larger sizes.