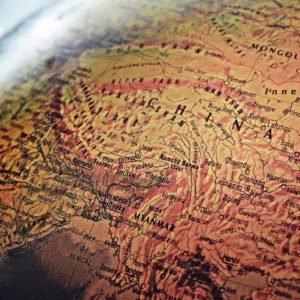 The International Energy Agency has released a report into opportunities for blue hydrogen production in China.

The Asian giant was in 2020 the world’s largest producer of hydrogen (at 33 Mt), accounting for about 30% of global production, but did so at a high greenhouse gas emissions intensity, at around 360 Mt CO2-eq, with two-thirds of production being coal-based. Many of the coal-based hydrogen production plants are relatively young, suggesting long remaining useful lives, and consistently large emissions if not abated with carbon capture and storage.

Hydrogen production through renewable energy and electrolyser technology is expected to become the dominant means of production by the 2030s, but retrofitting CCS for blue hydrogen from coal will nevertheless remain an important decarbonisation action. As China does not have large natural gas reserves, methane-based blue hydrogen production is not as significant.

As in many other countries, hydrogen is expected to play a growing role across the Chinese economy in years to come, including in long-distance transport, chemicals, and iron and steel, and the China Hydrogen Alliance has a goal that China uses hydrogen for 20% of its final energy demand by 2060, playing a major role in decarbonising the economy. Blue hydrogen production in regions with accessible coal deposits and geological storage sites for CO2 can currently produce hydrogen for around US$1.4-3.1/kg, whereas green hydrogen costs US$3.1-9.7/kg, though this is expected to fall to around $1.5/kg in the medium term.

These cost dynamics further point to the important role of coal-based blue-hydrogen in the near to medium terms, particular in coal-rich and renewables-poor regions. As the report warns, however, “CO2 capture rates must be high and upstream emissions low to ensure that coal-based production routes with CCUS are truly low-emission. With CO2 capture rates of 90-95% and upstream fuel emissions accounted for, the greenhouse gas (GHG) emissions intensity of low-emission hydrogen produced from fossil fuels with CCUS in China could be 3.5-4.5 kg CO2‑eq/kg H2 for coal-based production and 2.6-3.1 kg CO2‑eq/kg H2 for natural gas-based [production].” This is in contrast to the ~11 kg CO2‑eq/kg H2 on average at present, and electrolytic hydrogen produced from renewables on average being 0.3-0.8 kg CO2/kg H2.

The report further notes that hydrogen production from bioenergy with carbon capture and storage could also be a carbon-negative means of producing hydrogen in the future.