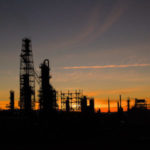 ExxonMobil has announced it is planning a blue hydrogen production plant twinned with a carbon capture and storage facility at its integrated refining and petrochemical site at Baytown, Texas, just outside of Houston.

The project is currently being evaluated, and “subject to stakeholder support, regulatory permitting and market conditions, a final investment decision is expected in two to three years.” If it were to go ahead, it would be a significant step in scaling up blue hydrogen and CCS across the world, helping lower future deployment costs and also open up a green hydrogen future.