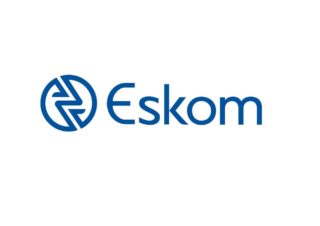 State-owned South African utility Eskom has been granted a 59 billion rand (US$4 billion/€3.6 billion) bailout by the national government to remain financially afloat as it struggles to cope with its 450 billion rand (US$30.8 billion/€27.7 billion) pile of debt. In a strange twist, the bailout was granted unconditionally, as the multi-party Standing Committee on Appropriation failed to agree on what conditions to attach to it. However, South African Finance Minister Tito Mboweni did state that there would be personnel changes at the company, telling parliament that the government needed “to appoint the right people to run Eskom. Appoint the right board of directors and a competent management team. Then we must be in a position to hold that board of directors and management team accountable. The problem at Eskom is not just financial.” Eskom scheduled blackouts across the country in mid-October, and blackouts earlier in the year led to the South African economy contracting. The company’s previous CEO, Phakamani Hadebe, resigned in May of this year, giving “unbearable pressure” as his reason for leaving, and it is easy to understand why. A new CEO will be appointed soon, according to President Cyril Ramaphosa.

Coinciding with the financial and political goings-on at Eskom, the South African government published its Integrated Resource Plan in mid-October, outlining how it saw the expansion of the country’s power generation sector. By 2030, the plan envisages the country having added 14,400 MW of wind power, 6,000 MW of solar photovoltaic power, 3,000 MW of gas-fired power generation capacity, and 1,500 MW of coal-fired generation. As a result, the proportion of the electricity mix for coal will fall from above 80% to 59%. There is also to be investment in underground coal gasification and the development of carbon capture and storage.

Next: BHP to source electricity for Chilean copper operations from renewables in decision that will be “great for business”