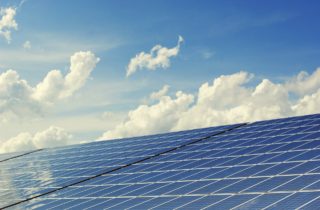 The Australian Broadcasting Corporation has examined the grid issues being experienced in Western Australia as rooftop solar power continues to expand. Western Australia’s main grid, which services Perth (the state’s capital) and most of the south-west of the state, is isolated from the rest of the Australia because of its remoteness. The popularity of rooftop solar installations and the generally sunny conditions the area enjoys has led to total rooftop solar power generation capacity of over 1100 MW (with average grid demand being 2000 MW and peak demand around 4000 MW). This in turn has led to a situation where generation from rooftop solar on mild, sunny days in spring or autumn when people are not using air conditioners has fed so much of total demand that it has been difficult to control the grid, as the fossil fuel fired power stations servicing it do not provide a great deal of flexibility. (The largest coal-fired power plant, Muja, with a capacity of 854 MW, opened in 1966.) The grid operator has warned that within a few years the grid may become unstable during periods of low demand (solar rooftop installations are expanding at a rate of around 20% per year), and work is now underway to try to prevent future outages. While no single solution has yet been arrived upon, a combination of measures is probable, incorporating battery storage, attempts to make rooftop solar generation “smart” (and allowing the grid operator to have greater control of private solar rooftop generation capacity), and installing smaller, flexible power generation capacity, which would presumably be gas fired. Grid expert Adam McHugh, of Perth’s Murdoch University, stressed to the ABC that the solution will need to be “smart”, so that each component helps the grid overall,. As he put it, “If you put dumb batteries in — in the way we have dumb solar — that’s not going to help. It is an orchestra. There are many instruments and you need some sort of conductor that is basically coordinating those instruments, otherwise you just get this terrible noise.”