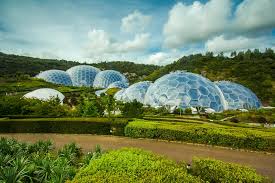 The developers of the UK’s Eden Project, a notable tourist attraction built in a former clay quarry in the kingdom’s south-west, have launched a bid to turn a former coal mine in the Australian state of Victoria into an eco-tourist attraction. The Anglesea coal mine, just a few kilometres from the touristic Great Ocean Road along the southern coast of Victoria, ceased operating in 2015 after the coal-fired power station it was supplying closed down. Now requiring rehabilitation, the Eden Project’s proposal is to create “a temple to the natural world” which is “a love-child between the world’s greatest science centre and the greatest gallery of your imagination”.

Next: Steelmaking CCS demonstration project in Dunkirk is launched