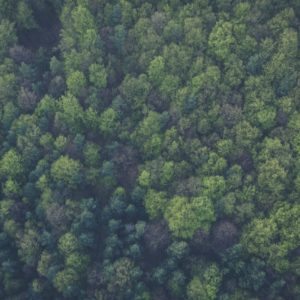 UK power utility Drax has been the subject of a BBC investigation that has found that some of the biomass it fires to generate ‘renewable’ electricity is being harvested from primary forests in Canada.

Using satellite and drone imagery, eyewitnesses and analysis of documentation, the investigation for the BBC Panorama program (according to a BBC News report on it) discovered that Drax had bought two logging licences in British Colombia, one for a square mile (2.6 km2) of forest that includes old-growth parts that was in the process of being logged, the other for a piece of former forest already entirely logged. A Panorama reporter “followed a truck from a Drax mill to verify it was picking up whole logs from an area of precious forest.”

According to the BBC, Drax told the BBC that “it did not use the logs from the two sites Panorama identified” for the creation of biomass for power generation, instead sending any logs from the sites to timber mills to make wood products, using only sawdust from the processing for the fabrication of wood pellets. The company did say that it uses some low-grade logs (from other sites) to make wood pellets.

However, the BBC found that “documents on a Canadian forestry database show that only 11% of the logs delivered to the two Drax plants in the past year were classified as the lowest quality”. (Drax also claimed that it had transferred the logging licences to other companies, but authorities in British Colombia told the BBC that Drax still holds the licences.) Drax also later admitted using some logs from the two sites under investigation for making wood pellets, but that these logs were ones unwanted by the timber industry. Additionally, according to the BBC, Drax said the two sites did not contain primary forests because they were near roads, though “the UN definitions of primary forest do not mention proximity to roads and one of the sites is six miles from the nearest paved road.”

Drax’s published response stated that the “Panorama team did not contact us while they were conducting their research in Canada to arrange to visit our facilities. From the outset we were presented with a series of one-sided assertions from the BBC. […] since becoming aware of the production team’s visit to Canada, many people across our business have collectively spent hundreds of hours engaging with them in an effort to encourage an accurate portrayal of our business and the wider forestry industry. […] 80% of the material used to make our pellets at Drax in Canada is sawmill residues – sawdust, wood chips and bark left over when the timber is processed. The rest is waste material collected from the forests which would otherwise be burned to reduce the risk of wildfires and disease. This is the material used by Drax to produce 12% of the UK’s renewable and secure electricity, playing a vital role in keeping the lights on for millions of homes and businesses.”

The two accounts (after Drax’s corrections to the BBC) do not necessarily contradict each other if ‘waste material’ includes logs that the timber industry would not turn into saleable products. But Drax’s statement still leaves room for the logs to have been taken from primary forests, and either way, the report will be sure to shift opinion against the use of woody biomass as the UK prepares to publish a new biomass strategy.