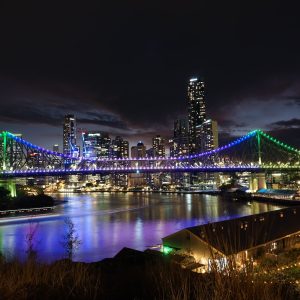 The north-eastern Australian state of Queensland has released a new AUD$62 billion (US$40.2 billion/€41.5 billion) ‘Energy and Jobs Plan’ which lays out the state’s major energy projects to 2035. Long a major producer and user of black coal, the state will now end “regular reliance” on the fuel by 2035, while creating what is claimed to be the largest pumped hydro scheme in the world. There is to be:

Queensland Premier Annastacia Palaszczuk (the equivalent of a US State governor) was careful to emphasise in her announcement that the plan would be phased, with a Queensland Energy System Advisory Board to report every two years on energy security/reliability, starting in 2025. There were also heavy emphases on the provision and distribution of jobs from the plan – i.e. that regional jobs would be prioritised. As is somewhat characteristic of Ms Palaszczuk, there were also a number of references to how Queensland is and will be better positioned in terms of energy compared to other Australian states.

The announcement came a week after three South Korean firms announced they would build a “green energy export hub” in Queensland, with the aim of producing 1 million tonnes of green ammonia per year. The project is to be located at Collinsville, to the north-west of Mackay, with 3 GW of renewable electricity capacity to power an electrolyser, which would produce green hydrogen as a feedstock for the ultimate product. The partners to the Han-Ho Hydrogen Consortium are Korea Zinc, petrochemicals group Hanwha Impact Corp, and SK Gas.