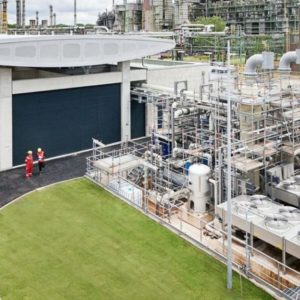 Norwegian classification society DNV has released its sixth annual Energy Transition Outlook, which forecasts the world energy mix to 2050 across 10 regions and in two scenarios – their ‘best guess’ of what will happen, and a pathway consistent with net-zero emissions. Some of the most interesting findings are that:

• Even in a net-zero pathway, DNV considers it “infeasible for the world to completely discontinue fossil-fuel use”, such that 13% of the 2050 energy mix is fossil fuels, requiring huge expenditure – in the realm of US$1 trillion per year – on carbon capture and removal efforts. By contrast, in the ‘best guess’ scenario, fossil fuels will make up slightly less than 50% of the global energy mix by 2050, and the world will be heading towards 2.2 °C of average global surface temperature rise. In the words of DNV, a “war-footing policy implementation is needed to secure net zero by 2050”.
• Electrification of the economy will be one of the dominant trends impacting the energy sector over the next three decades, with demand for electricity rising from 27 PWh/annum in 2022 to 62 PWh/a by 2050 in the ‘best guess’ scenario. Of that, 83% will be supplied by renewable power generation, with solar deployment growing 20-fold and wind 10-fold from today.
• Hydrogen and its derivatives – “ammonia, e-methanol and other e-fuels” – make up 5% of the total energy mix by 2050 in the best guess scenario, while in the net-zero scenario it is 15%. Demand picks up first in industry (early 2030s) and then in heavy transport (late 2030s) in the best guess scenario.
• There are plentiful opportunities for actions to decarbonise the energy industry (and the economy more broadly), “opening up unprecedented opportunities for new and existing players in the energy space”.
• Supply chain disruptions that the world is currently struggling with will delay by a year the point at which half of global new vehicle sales will be electric, to 2033.
• While the Russian invasion of Ukraine is pushing Europe towards faster decarbonisation and higher energy security, higher energy prices “may shift decarbonisation down the list of priorities in the short term”.
• To meet global net-zero goals, Organisation for Economic Cooperation and Development (OECD) regions need to meet net-zero by 2043, and be net-negative thereafter, while China must reach net-zero by 2050. In addition, “almost a quarter of net decarbonisation relies on carbon capture and removal combined with land-use changes (reduced deforestation)”.
• Interestingly, the clean energy transition will mean that, even when expanding energy access, energy costs as a percentage of global gross domestic product will decline, from ~3.4% in 2021 to around 2.1% by 2050, falling fairly steadily between 2030 and 2045. Absolute spending on energy will increase, of course, but the global economy will grow significantly faster. The unit cost of energy will remain fairly steady, at US$11-12/GJ, despite the huge changes in the sector, but spending on fossil fuels will decrease while that on renewables and the grid increase, each by three-fold.

Putin suggests use of Nord Stream 2 as Russia also looks to supply Europe gas through Turkey, while ExxonMobil to exit Russia after ‘expropriation’ and 30% of Ukraine’s power infrastructure destroyed