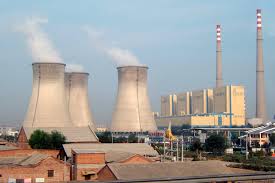 An article published by the Financial Times has looked at how China has been ramping up coal mining and firing as a response to the economic slowdown caused by its approach to curtailing covid outbreaks.

Government departments responsible for economic growth have gained ascendency in China, in contrast to the period after President Xi Jinping’s announcement in 2020 that China would be carbon neutral by 2060, when departments responsible for emissions had the upper hand and were able to reprimand companies for failing to meet emissions reduction targets.

China is not alone in having different departments with competing priorities, but the lack of coordination in goals does appear to be more pronounced. The push towards coal is a turn to a tried-and-trusted means of stimulating economic activity, one example company heeding the call being Jinneng Holding Shanxi Coal Industry, which has been increasing its coal mining operations and plans to add another 10 GW of coal-fired power generation capacity by 2025, more than remains today in the UK.

Another reason to push for increased domestic coal production is the price of fossil fuels on international markets; domestic production could contribute to driving down the price of power generation. However, the turn comes as a threat to ideals of rapid decarbonisation, particularly in a country as influential as China. Li Shuo, senior climate and energy policy officer at Greenpeace East Asia, has said that China is “entering into a winter for climate politics”, an ominous sentiment indeed.