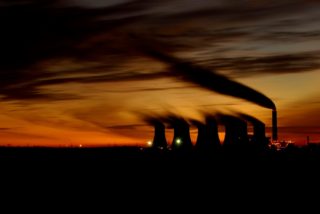 China’s coal firing sector is the subject of renewed scrutiny at the moment, with the country approving new power plants and mines amidst what is perceived to be a slowdown in government efforts to reduce the country’s reliance on the fuel. The news is in fact mixed, and as the Reuters article acknowledges, net figures are not available. Inefficient, older capacity is being closed, while newer plants are being added – 42.9 GW since the start of last year, which is probably something of a slowing in the annual rate of addition, after 38 GW of additional capacity in 2016 and 35 GW in 2017. Another 121 GW is under construction, however. Forty new coal mines have been approved this year (with a total capacity approaching 200 million tonnes/annum), though there is no data on how many have been closed. Still, this is an increase from 2018, when 25 million tonnes of additional capacity was approved. The process of retiring older power generation capacity while adding new should reduce overall carbon emissions through improved efficiency, although without carbon capture and storage retrofits it may lock in decades of relatively high emissions. New mines may be required to service existing plants. However, the approval of large amounts of additional capacity does send a signal that the Chinese government, faced with a weakening economy, may be more concerned with boosting economic activity rather than reducing emissions. There had been talk of CO2 emissions and fossil fuel use caps being included in the 2021-2025 five year plan, but this now seems unlikely, according to the report. Nevertheless, China’s official target of a peak in carbon emissions by 2030 looks set to be met, with some commentators expecting a peak in 2022. Fu Chengyu, former chairman of oil giant Sinopec, is one that expects a peak before 2030, though he sees “a slowdown in efforts at the government level that is dragging us down.” Officially, the Chinese government has said that it is committed to showing the “highest possible ambition” when it revises its Paris Agreement pledges next year.