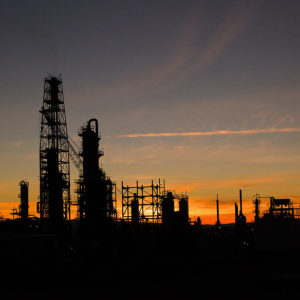 Canada has announced at the COP27 Climate Summit in Sharm El Sheikh in Egypt that it will target a 75% reduction in methane emissions from the oil and gas industry by 2030 relative to 2012 levels, in what Environment Minister Steven Guilbeault described as “kind of a big deal”.

Whilst currently still a proposal needing to become the law after a consultation period, the measures would include a monthly requirement for the industry to find leaks (with a further month to fix them), while flaring would be prohibited at oil sites. Existing regulations would be applied to a wider spread of facilities, while some conditional requirements would become mandatory. Fuel combustion – where allowed – will be required to meet a “95% control efficiency”. With methane being around 80 times more potent a greenhouse gas than carbon dioxide over a 20-year period, and methane emissions often being uneconomic in the first place, the gas is being targeted as a low-hanging fruit in the quest to rapidly reduce global anthropogenic GHG emissions.

Nigeria, a top-10 methane emitter, has also announced stronger action on such emissions in its significant oil and gas sector, becoming the first African nation to enact such regulations. Nigeria is a member of the Global Methane Pledge, which aims to reduce emissions by 30% by 2030, but Nigeria’s ambition goes further than this, with the target to reduce emissions by 60% by 2031 (from a baseline year which is not clear). The not-for-profit Clean Air Task Force worked with the Nigerian Upstream Petroleum Regulatory Commission and the Nigerian Midstream and Downstream Petroleum Regulatory Authority on the new guidelines.