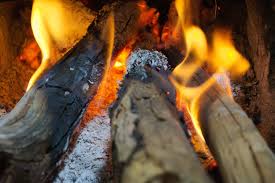 A January paper in Environmental Research Letters entitled ‘Does replacing coal with wood lower CO2 emissions? Dynamic lifecycle analysis of wood bioenergy’  has been gaining attention recently as a result of the perceived controversial nature of some of its findings.  The authors’ research begins with the fact (which has presumably never been in question) that to produce the same amount of electrical energy, more wood must be burnt than coal, and that higher carbon emissions therefore result from combustion.  This creates a ‘carbon deficit’ – the extra carbon dioxide (CO2) emitted by wood as compared to coal which must be made up for – and the paper goes on to analyse the take-up of carbon by various tree species as they grow, and other dynamics of the carbon cycle of forestry.  The findings are perhaps less controversial than they first appear.  The long-term results depend highly on what type of wood (if any) an area contains prior to becoming used for biomass, and what replaces it.  A ‘natural’ hardwood (oak-hickory) forest harvested for biomass firing as wood pellets and then replaced with a managed softwood pine forest, which stores much less carbon per unit area, will increase total carbon in the atmosphere.  A managed pine forest harvested for biomass and then replanted with hardwood will over time reduce the amount of carbon in the air, but the ‘payback period’ will be at least several decades, during which time carbon levels are elevated (compared to what they would have been if coal had simply been fired in the first place), which creates a question for policy makers and climatologists – is a short term elevation worth a long term reduction?  These findings and questions are indeed important, and highlight that care needs to be taken when considering the carbon effects of biomass firing.  The particulars of a biomass scenario are crucial.  Though not presented in the paper, an unforested area planted with wood, harvested and then fired will first create a carbon reduction, then a release of carbon which cannot be greater than the carbon first taken out of the air by the growth of the tree (though additional emissions will occur in processing and transport).  The amount of power produced in the course of the release of that carbon will be less than if coal created the same carbon emissions, but for the coal the first step of taking CO2from the atmosphere occurred hundreds of millions of years ago, and cannot be repeated.  Biomass firers, then, should consider the particulars of their biomass supply chain, and policy makers may wish to revise the particulars of their policies.