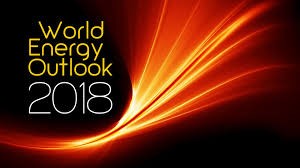 Uncertainty and upheaval; a major transformation under way; mixed signals on the pace and direction of change; geopolitical factors exerting complex new influences – the 2018 edition of the IEA’s World Energy Outlook provides a forthright perspective on today’s energy landscape.  Its core projections for 2040 – energy demand up more than 25%, carbon dioxide emissions up over 10% – are equally arresting.  As the gold standard of global energy analysis, this is a voice that needs to be heard, especially in the wake of the IPCC report that has, perhaps, started to shake the world at large out of its climate change complacency.

Providing pause for thought and cause for concern, WEO 2018 offers projections, not forecasts; those cited above were calculated under a New Policies Scenario (NPS) based on current and planned policies worldwide.  But other futures are possible – as mapped out, for instance, in the greener Sustainable Development Scenario (SDS).  If the world does have a date with climate destiny, it still has power to control when that appointment takes place and how traumatic it turns out to be.  As IEA Executive Director Dr Fatih Birol argues: “the world’s energy destiny lies with decisions and policies made by governments”.

So how does combustion fit into this absorbing story of uncertainty, change and challenge?

What Future for Fossil Fuels?

The NPS’s projected 25% increase in global energy demand – driven by population growth and rising incomes – would require over $2 trillion/year in investment in new energy supply, in the overall context of the continuing shift towards Asia in the geography of energy consumption.  Renewables would account for nearly two-thirds of new electricity capacity and increase their share of both the electricity market (from 25% to 40%) and the heat market (from 10% to 15%) by 2040.  Collectively, solar PV and wind would enjoy a six-fold expansion.  But while we should not underestimate the importance and impact of this development, the fastest-growing energy source would not be renewable.

Pointing to “surging growth in the global gas trade” (e.g. due to the US shale revolution), the NPS shows demand for natural gas rising by an annual average of 1.6%, with global consumption 45% higher by 2040.  By 2030, natural gas would become the world’s second-largest energy source, pushing coal into third place.

Another fossil fuel would retain its position as the number-one energy provider.  Oil consumption is on track to keep increasing, despite oil markets now entering a volatile and uncertain phase.  A drop in demand in advanced economies would be more than offset by growth in developing countries – driven by the petrochemicals, trucking and aviation sectors – and the world would not reach peak oil demand until 2030.

In fact, fossil fuels look set to show substantial resilience in the global energy mix under both the NPS and the SDS.  Although ‘new’ energy sources will increasingly make their presence felt, unfashionable fossil fuels are likely to continue taking much of the strain of driving up global living standards.  And that includes coal.  The NPS may show its contribution declining in percentage terms but only because the global energy ‘pot’ increases so substantially; in absolute terms, demand and production would hold their own over the coming quarter-century.

Heat of the Moment

From a combustion perspective, there are two additional points to make.  Firstly, while renewables’ projected rise is likely to major on wider deployment of solar and wind, the NPS and SDS also see a significant expansion in bioenergy.  Indeed, bioenergy could contribute more to meeting new energy demand than oil, nuclear or hydropower.  Clearly, advances in dedicated biomass and co-fired biomass combustion can work with the grain of change, while the report points to 10 billion tonnes of sustainable lignocellulosic feedstock that could be used for biofuels production.

Secondly, according to WEO 2018, fossil fuels will continue to dominate energy use wherever electrification is not an option.  Shipping, aviation and other industry sectors are simply not ‘electricity ready’.  Indeed, the report specifically cites high-temperature industrial process heat as beyond the current or prospective capabilities of electricity to satisfy.  Here, then, is a vast market where combustion can consolidate its position, especially by delivering ever-cleaner, more efficient technology solutions that cost-effectively meet industry’s needs while contributing to environmental agendas.  In every sense, when it comes to ensuring this opportunity is fully realised, the heat is on.

An Emphasis on Emissions

WEO 2018 includes an in-depth analysis of electricity.  With the NPS projecting a 2.1% annual increase in electricity demand that, by 2040, would result in electricity accounting for 24% of all energy consumed, the report underlines the key role of low-carbon sources if this is to translate into lower carbon dioxide emissions; it also highlights the need for flexibility in markets if unprecedented variability in power supplies is to be accommodated.

As for the overall issue of emissions, WEO 2018 hardly pulls its punches.  It confirms that global carbon dioxide emissions are expected to reach an historic high this year and then explains that, under the NPS, they would increase by over 10% by 2040 – far out of step with what would be needed to limit climate change to the Paris Accord’s 1.5°C ‘target’; it also reveals that the world’s carbon ‘budget’ for 2040 is on track to be almost completely devoured by vehicles, industrial facilities and existing power stations.  The report highlights scope for options such as carbon capture and storage (CCS) and hydrogen to provide some room for manoeuvre, but the fact is that emissions projected by the NPS equate to global warming of 2.7°C by 2100 – arguably well within the realms of climate catastrophe.

That may be a sobering note to end on, but it highlights both a need and an opportunity.  In a world becoming increasingly ‘green’ but necessarily remaining ‘brown’ in many ways, the challenge for combustion is to keep making brown greener, deliver a distinctive contribution to defusing a looming environmental doomsday – and help the world write a positive ending to the story of its battle against climate change.