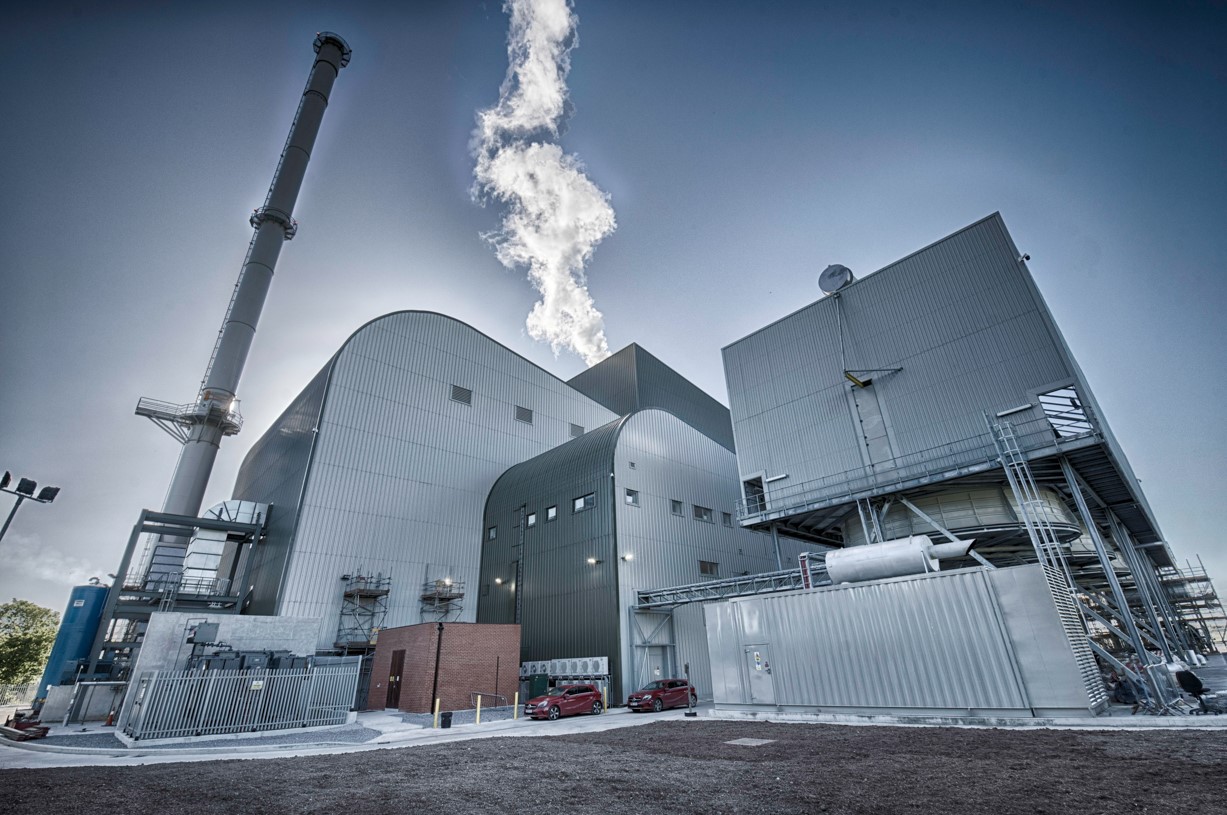 UK independent power producer Bioenergy Infrastructure Group (‘BIG’), which specialises in energy-from-waste (EfW) and biomass, has announced that one of its largest assets in the UK, Ince Bio Power, has become fully operational after successfully completing its testing phase.

The facility, located near Ellesmere Port in Ince, Cheshire, is the largest plant of its kind operating in the UK.  It uses an advanced thermal treatment (ATT) technology – in this case gasification – to turn the waste wood feedstock into a combustible gas by heating it in a virtually oxygen-free environment.  This ATT approach is an alternative to the more usual incineration thermal treatment used for EfW.  Energy Works Hull in East Yorkshire and Levenseat in Lanarkshire, which also are owned by BIG, employ the same ATT technology.

Ince Bio Power, which will be officially opened in the summer, will process up to 170,000 tonnes of waste wood each year, converting this fuel into 21.5MW of low-carbon electricity – enough to power over 40,000 homes.  The plant will deliver a net reduction in greenhouse gas emissions equivalent to around 65,000 tonnes of CO2 per annum, the equivalent of taking more than 40,000 cars off the road.

Around 150 jobs were created during the construction of Ince Bio Power. The plant will be operated and managed by about 25 full-time employees.

The facility is located within Protos, a £700 million energy hub owned by Peel Environmental, part of Peel L&P, an infrastructure developer in the waste, mineral and environmental technology sectors.  The Protos site is expected to create over 3,000 jobs and provide a £350 million boost to the economy.   BIG also controls a co-located waste wood processing facility at Protos with its fuel supply partner.  Together with BIG’s waste wood plant at nearby Widnes, these facilities dominate the regional demand for waste wood fuels.

“We are delighted that Ince is now fully operational and will continue to generate clean, base-load, renewable energy for the people of the north-west of England” stated Neil Bennett, BIG’s Chief Commercial Officer, on achieving this significant milestone.  “With several other assets nearing completion of commissioning, BIG is well on the way to being able to deliver our wider strategy of generating more than 200MW of low-carbon renewable energy each year from waste and biomass.  This will sustainably support the UK’s increasingly electricity-intensive economy and help generate employment and economic development across the UK.”

ATT-based EfW technologies, which include pyrolysis as well as gasification processes, were described more fully in an IFRF Blogpost in April 2018 (here).  As part of that blog, the R&D and technical challenges facing ATT technologies were listed, including: the need for more full-scale operational plants to demonstrate the uses of the ATT technologies in order to increase confidence; deploying ‘real’ gasification versus two-stage combustion; and developing modular plants as the sizing of plants will be challenging in the future.  Hopefully, this new plant at Ince will help to address these challenges.