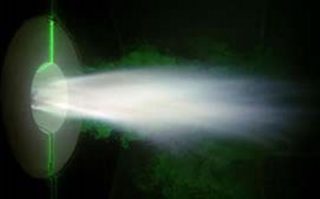 Hydrogen ‘ticks a lot of boxes’ for being a widespread energy vector or fuel for the future. Most importantly, it can be made in a low- or zero-carbon way, but it also stores energy in a dense manner, and might be retrofitted to existing infrastructure and industry originally intended for natural gas use. It can be used in heavy transport, where batteries struggle, and there is long industrial experience with hydrogen to draw upon. It could be an ideal vector or fuel to support transitions across the world to higher rates of renewable power generation.

However, there are hurdles. Consumer infrastructure is not in place for distribution of hydrogen, and as an industrial vector/fuel, a lot of development needs to be carried out so that hydrogen could one day replace natural gas (and/or coal). The production of oxides of nitrogen (NOx) is a potential issue with hydrogen burners, for instance. Hydrogen is prone to leakage, and has a lower ignition trigger than other fuels. International shipping and transport infrastructure is not sufficiently in place to support a rapid transition to a ‘hydrogen economy’, and conducive international standards and national regulations have not yet been set.

Addressing most of these hurdles involves significant cost, and cost is always a powerful influence on the success of a fuel or energy vector. Another important component of cost is that of producing the vector/fuel itself, and to date there has not been a great deal of media attention on how hydrogen could compete with incumbent fossil fuels on a cost basis. Recent information from the International Energy Agency (IEA), however, can give some guidance.

The IEA’s web page on the future of hydrogen gives a range of costs for both ‘blue’ (i.e. from reforming methane but with carbon capture and storage to render the hydrogen produced environmentally acceptable) and ‘green’ (i.e. from renewable energy sources) production forms.

Currently, blue hydrogen costs are estimated to range between US$1.45/kg (of hydrogen) in the Middle East, US$1.52/kg in the USA and US$1.64/kg in Russia (where feed natural gas is cheap), up to US$2.32/kg in Europe and US$2.38/kg in China. These costs include natural gas as a feedstock, capital expenditure (CAPEX) costs, and operating expenditure (OPEX) costs. For the purposes of the comparisons to come, the CAPEX costs should be taken away from these price estimates, as the natural gas market spot prices quoted do not strictly include CAPEX costs. Without CAPEX costs, the USA and European blue hydrogen prices become US$0.91/kg and US$1.71/kg respectively.

So how do these prices compare to natural gas in terms of dollars per gigajoule of energy? The Henry Hub natural gas price in the USA (the Louisiana pipeline which serves official delivery location for futures contracts on the New York Mercantile Exchange) is US$2.23 (in 2019 dollars) per million BTU at the time of writing (I assume this is using the higher heating value), although for much of 2018 it was around $3.00/MBTU. Prices are higher in other countries, however – in Germany for example, the natural gas border price is US$3.59/MBTU at the time of writing, but was typically around US$8.00/MBTU last year. Adjusting these prices to 2018 dollars and into megajoules, and also adjusting to an assumption of a lower heating value (i.e. 50 MJ/kg rather than 55 MJ/kg), the Henry Hub price in the USA would be US$2.53-3.41/GJ, while the German price would be US$4.08-9.08/GJ. At standard temperature and pressure, hydrogen’s higher heating value is 141.86 kJ/g, while the lower heating value is 119.93 kJ/g. Using the lower heating value, this would equate to prices between $7.59/GJ (2018 blue hydrogen in the USA, CAPEX costs removed) to $13.34/GJ (2030 green hydrogen).

These workings are a bit rough-and-ready, but they provide some indication that low-/no-carbon hydrogen production, whether it be blue or green, will struggle to compete as a substitute to natural gas without further price mechanisms. This should be expected – a product that uses as a feedstock a competitor is unlikely to be able to compete on cost with its competitor.

Adding a price of carbon can change the picture somewhat, but not radically. If during the burning of a GJ of natural gas 53 kg of CO2 is released, even the addition of a carbon price would struggle to bring cost competitiveness, as the following table shows. (Prices are 2018 US dollars per GJ of energy.)

On the basis of the current economic playing field, then, there is not a great argument for a switch to either blue or green hydrogen at present. But such a basic economic comparison does not take into account the imperatives of moving the world’s energy systems from a predominantly fossil fuel base to a ‘net zero’ (or at least a very low) carbon base within a very small number of decades. In such a dramatically shifting paradigm, simple economic comparisons will not hold sway. Furthermore, the oft-extolled ‘other benefits’ of hydrogen as a future energy vector or fuel (see other IFRF blogposts on this topic) are not ‘monetised’ in the analysis above, and such benefits are likely to have increasing value in a carbon-constrained world.

For blue hydrogen production, a better economic comparison would be power generation from hydrogen and from natural-gas firing with carbon capture and storage. In a simplified way, the question would be: is it cheaper to take the carbon out at the fuel stage (i.e. in the making of blue hydrogen), or post-combustion, after firing the natural gas? I suspect the cost comparison would be quite a bit closer.

For green hydrogen, the picture is different again, as there is the potential to use excess electricity produced at times of high wind and/or sustained sunshine to create the elemental gas, with few other operating costs (but considerable CAPEX). In the long term, past 2030, green hydrogen costs will fall below those of blue hydrogen, and one day may be as cheap as natural gas is today. Very considerable benefits will then flow, and that is where the true potential of hydrogen lies.

In the interim, then, the situation is somewhat like it was with renewables twenty years ago. There is a clear long-term argument for financially supporting the growth of the industry so that it can eventually stand on its own feet. As renewables gradually come off their period of governmental support, that support should shift to blue and green hydrogen, with blue to be the dominant form of production in the medium term, supplanted later by green.

This is likely to prove to be a fascinating debate in the coming few years, and one which may well have a major impact on IFRF members…!