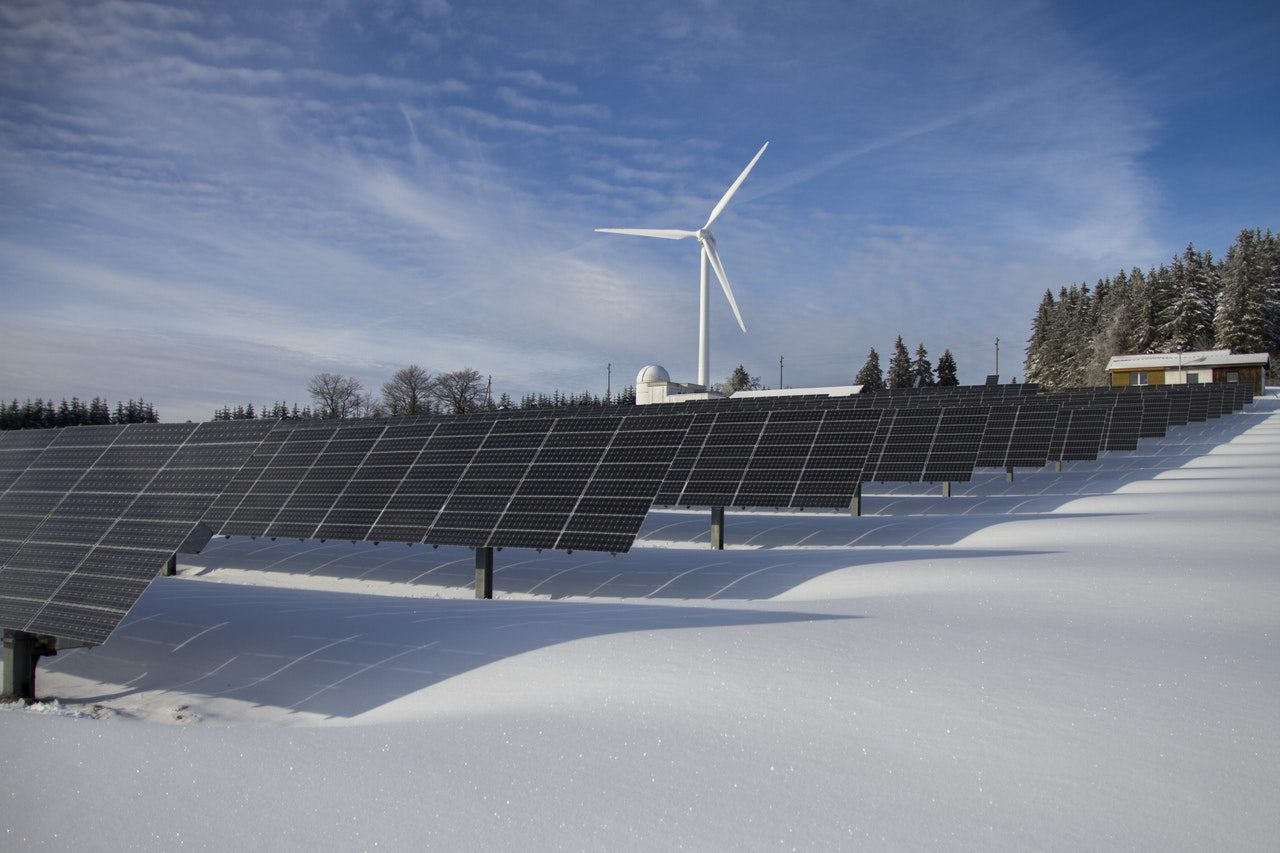 A scathing and forceful criticism of the concept of a transition to an economy powered 100% by renewable energy technologies has been published by the Manhattan Institute (a conservative, free-market think-tank based in New York), sparked by the launch of the ‘Green New Deal’ in the USA.  ‘The “New Energy Economy”: An Exercise in Magical Thinking’ is written for the lay reader and aims to refute the idea that “we’re on the cusp of a tech-driven energy revolution that not only can, but inevitably will, rapidly replace all hydrocarbons” and that such a revolution is analogous to the information technology revolution of the past seventy years.  The range of criticisms presented in the report is wide, although it identifies two “core flaws” with the new energy revolution idea – one, that physical realities do not permit it, and two, that no fundamentally new energy technology has been invented in nearly a century.

The report frames the revolution as needing to cover all energy supply, not just electricity generation and storage.  It points out that at present, of the global energy supply, solar and wind together provide only 2% (3% in the USA), and that hydrocarbons supply 84%, down from 87% two decades ago.  With world energy demand expected to increase over the coming years, the report says that a 90-fold increase in wind and solar power generation would be needed to fully cover energy supply within two decades, comparing it to a 10-fold increase in oil and gas production which took 50 years.  (It is implicit to the report that sites for hydropower and geothermal power production are limited, meaning that solar, wind and batteries would have to be the vast majority of the revolution.)  While solar, wind and battery technology has become roughly 10 times cheaper over previous decades, and further improvements will occur, the report argues that further improvements will not be as dramatic as those already made – essentially, the technologies are fairly mature at this stage, and may still improve significantly, but not dramatically.  The most efficient wind turbines today exceed 45% efficiency (in comparison to a theoretical maximum of 60%, the ‘Betz Limit’), while the most efficient solar cells are just over 26% efficient (in comparison to a theoretical maximum of 33%, known as the ‘Shockley-Queisser Limit’).  Combustion engines have a theoretical maximum ‘Carnot Efficiency’ of 80%, with the best engines achieving 50-60%.  These comparisons show that in energy conversion terms, there is not a great deal of efficiency to be gained for solar and wind.

Quite a lot of comparison is made between batteries as a form of energy storage and hydrocarbons.  “It costs less than $1 a barrel to store oil or natural gas (in oil-energy equivalent terms) for a couple of months.  Storing coal is even cheaper…  With batteries, it costs roughly $200 to store the energy equivalent to one barrel of oil,” the report states.  Energy storage to weight (and volume) is another consideration – a lithium battery to store the energy in a barrel of oil would weigh about 91 tonnes, while the oil itself weighs 136 kg.  To produce enough lithium batteries to store two days’ worth of US electricity demand would take the world’s largest battery factory, the Tesla ‘Gigafactory’, 1,000 years to produce at its current production capacity.  Mining for the materials to make batteries would have to expand prodigiously.  As the report states, in an “all-battery future, global mining would have to expand by more than 200% for copper, by at least 500% for minerals like lithium, graphite, and rare earths, and far more than that for cobalt.”  Furthermore, because China is due to produce two-thirds of all lithium batteries by 2020, and China’s grid is 70% fuelled by coal [recent reports suggests this is more towards 60%], “over the life-span of the batteries, there would be more carbon dioxide emissions associated with manufacturing them than would be offset by using those batteries to, say, replace internal combustion engines.”  Such statements are staggering.

There is interesting information on the intermittency of wind and solar in the USA.  The report states that while uncommon, “daytime continental cloud cover with no significant wind anywhere, or night time with no wind — has occurred more than a dozen times over the past century — effectively, once every decade.  On these occasions, a combined wind/solar grid would not be able to produce a tiny fraction of the nation’s electricity needs.  There have also been frequent one-hour periods when 90% of the national electric supply would have disappeared.”

A strong argument is made that the current methods for comparing the costs of electricity between generation types, i.e. the levelised cost of electricity (LCOE), is flawed.  As the report puts it, the LCOE “considers the hardware in isolation while ignoring real-world system costs essential to supply 24/7 power.  Equally misleading, an LCOE calculation, despite its illusion of precision, relies on a variety of assumptions and guesses subject to dispute, if not bias.”  Examples include assumptions that gas prices will rise (whereas in the past decade they have steadily fallen) – if the LCOE calculations assumed a steady price rather than a rising one, then gas-fired power generation would come out as significantly cheaper than solar and wind, which some sources claim have reached parity, or are even cheaper, than gas.  The discount rate for future costs is also an influential factor, which the report implies should be set higher, which would also favour hydrocarbons.  It goes on to suggest that the capacity factors assumed for solar and wind are too high, especially as the output from wind turbines has been found to degrade faster than expected in the UK and Denmark [but less so in Sweden, to which the report does not refer].  Other “hidden” costs of a “green” grid include the additional wear and tear on conventional power generation because of increased frequency of start-ups and shut-downs, and engine-driven generators (fuelled by gas, diesel or oil) that are increasingly being installed to cover the intermittency of solar and wind.  With some of these concerns in mind, the International Energy Agency has recently begun to examine the use of a ‘Value-Adjusted’ LCOE (‘VALCOE’), which attempts to include the value that comes from flexibility and capacity.  Calculations by the IEA in February of this year found that using VALCOE, coal-fired power generation is currently cheaper than solar in India and will increasingly become so as more solar is added to the grid.

The report is persuasive in proving, as it sets out to do, that a “new energy” revolution will not take place in the next few decades analogous to the information revolution, and is well worth reading in full, being packed with interesting detail (perhaps not all of it accurate or entirely fair).  The critique of cost comparison methodologies is important, being rarely voiced.  However, the report fails to convince that huge transformations of the energy sector won’t occur.  This is through omission and also through framing – the choice to argue the extremes.  Conversion of the entire energy or even electricity supply to solar and wind would indeed be virtually practically impossible within a few decades, and exorbitantly expensive.  Yet the most prohibitive costs come at the highest shares of renewables.  It may be only somewhat more expensive than conventional power generation to bring a grid to a 50, 60 or 70% share of renewables, for instance, and this would be a profound transformation of the sector.  The arguments against lithium batteries are forceful, but at the same time form the basis of an excellent case for hydrogen as a form of storage, being comparable to hydrocarbons in its ability to store energy in an intense way.  Other means of storage also exist to which the report pays little attention.  In addition, reading the criticism of lithium batteries might make one forget that they are already in use in cars worldwide.  Finally, and most glaringly, the report does not compare any estimate of the societal costs of climate change against the cost of transitioning to a lower-carbon future.  Overall, the report serves as a thought-provoking case against utopian ideas of the energy future, and a reminder that transforming energy supply will be an enormous and long-term task.