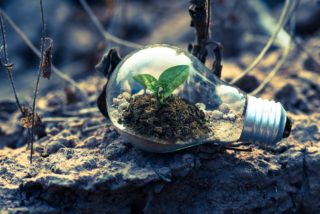 The World Meteorological Organisation has reported that atmospheric concentrations of carbon dioxide increased to record levels in 2018, with the increase over last year being slightly higher than the average increase over the past decade. The average level in 2018 was 407.8 parts per million, up from 405.5 ppm in 2017, making the current level 47% higher than that of pre-industrial 1750. Meanwhile, methane concentrations in the atmosphere are now 159% over the pre-industrial level, and nitrous oxide levels 23% higher, and in total the radiative forcing effect of the various greenhouse gases has increased by 43% since 1990, the baseline level of many emissions reductions targets. WMO Secretary-General Petteri Taalas told reporters “there is no sign of a slowdown, let alone a decline, in greenhouse gases concentration in the atmosphere despite all the commitments under the Paris agreement on climate change. We need to translate the commitments into action and increase the level of ambition for the sake of the future welfare of mankind. It is worth recalling that the last time the Earth experienced a comparable concentration of CO2 was three to five million years ago. Back then, the temperature was 2-3 oC warmer, sea level was 10-20 m higher than now.”

Repsol announces 2050 carbon neutrality target, including use of its products