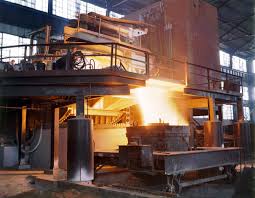 In further American news, the USA has decided to end its exemption on tariffs for imports of steel and aluminium from the EU, Canada and Mexico, meaning that the same 25% steel and 10% aluminium tariffs that have applied to the rest of the world since March will now apply to those areas. The exemptions had been put in place while the US negotiated with the other parties, but those talks were considered by the US not to have made sufficient progress. US Commerce Secretary Wilbur Ross has stressed, however, that the US is open to continuing talks, and that President Trump has the power to lift or alter the tariffs at any time. The implied unpredictability in the position appears to be something of a trademark of the Trump administration, with Mr Trump seeing it as a strength when bargaining. EU, Canadian and Mexican leaders have criticised the decision, saying that a trade war benefits no one, and their views have even received support from amongst Mr Trump’s political allies. Republican Kevin Brady said that the EU, Canada and Mexico were not the problem, but that China was. As the US imports steel mostly from Canada and the EU, with Mexico fourth after South Korea, the tariffs do appear poorly aimed if they are designed to punish “unfair” trade behaviour (the reason for the EU’s own tariffs on Chinese, Russian, Brazilian, Iranian and Ukrainian steel). Mr Trump’s reasoning, however, is that the US requires a strong steel industry for strategic reasons.