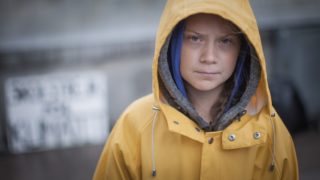 What has been described as the most major global climate summit since the 2015 Paris Climate Conference has taken place in New York City. Taking the headlines was teenage Swedish climate activist Greta Thunberg, who accused the delegates of having done nothing to avert climate change, adding “You come to us young people for hope — how dare you? You have stolen my dreams and my childhood with your empty words.” UN Secretary General António Guterres had earlier told the conference that the “warming earth is issuing a chilling cry: stop”, which set the tone for the day. Sixty heads of state attended the conference, though notable exceptions were those from Japan, Brazil, Saudi Arabia, and Australia (whose prime minister was in the US at the time). US President Donald Trump briefly attended, though unscheduled to do so, a curious circumstance which may point towards some future softening of the official US position on climate action. Though the summit was widely described as producing disappointing results, the official press release listed 77 nations as having pledged to reduce emissions to net zero by 2050, and 70 promising to improve their national targets by next year. Furthermore, more than 100 large corporations – valued at more than US$2 trillion combined – pledged actions aligned with the 1.5oC target. Germany became another G20 nation to set a 2050 target for carbon neutrality, while Russia said it would formally ratify the Paris Agreement. In an interesting move that in the future might become more widespread, France pledged not to enter into trade agreements with countries whose policies do not align with Paris targets. The disappointing side of the summit was that the most polluting nations – the US and China – did not make any improved pledges. The next few years, however, may see that change.