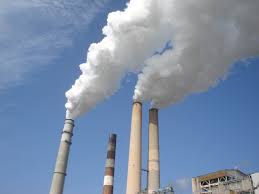 An interesting article on the Grist website, which provides environmental news and opinion, has looked at the increasing emissions of greenhouse gases in California. GHG emissions fell consistently in 2015, 2016 and 2017, but in February and March of this year, emissions rose. The unintuitive rise has taken place even as more renewables are being deployed in the state, reflected by the fact that a record was achieved in late April this year of renewables providing 72.7% of the instantaneous electricity demand (at 1:25pm, with the sun shining). Although the article does not demonstrate the source of the rise in GHG emissions conclusively, it postulates quite reasonably that a reduction in hydropower production may be the cause.

With a drought expected in California, water authorities may not be releasing as much water from dams as they did last year (and data from the California Energy Commission does show that hydropower generation varies significantly from year to year, with 2017 being something of a peak after much lower output between 2012 and 2016), even though dam levels are at the moment high. To make up this slack in ‘baseload’ generation, gas is instead being used, as it still makes up something like 53% of the state’s installed generation capacity (with large hydro making up around 15%). What is also interesting about the article is how much electricity is being dumped in California because of the lack of storage capacity in the state. In April, around 95,000 MWh of electricity was shed, equivalent to about 132 MW worth of constant power production, although this is only around 2.5% of installed solar PV and wind power production. Together, this information suggests that California requires more electricity storage capacity to manage its renewables, or some source of very low carbon flexible power generation (for instance CCS-equipped thermal power generation). The costs of battery storage may for the moment discourage such expansion, meaning that GHG emissions in California will depend on rain for the time being.

Editor
Notes from the editor in here