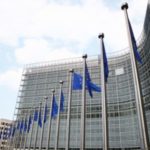 New modelling by Carbon-Free Europe has found that by incorporating nuclear energy and other low-carbon energies into the European mix would mean that, in achieving net-zero greenhouse gas emissions by 2050, the EU would save at least €80 billion compared to a renewables-only scenario. Specifically, it found that the optimal energy balance would comprise 27% of electricity from onshore wind, 27% from solar, 20% from nuclear, 18% from offshore wind, and 8% other resources like biomass, geothermal, and hydro. Diversifying energy sources would lend additional flexibility and security of supply, while also bringing costs down, and carbon capture and storage would be a component of the overall system (through bioenergy with carbon capture and storage, and direct air capture). The model assumed that Europe would need to add 2000 GW of power generation capacity by 2050, roughly tripling the current generation capacity, as electrification of various technologies raises demand for electricity. A renewables-only approach would mean quadrupling the current generation capacity. A further finding was that clean hydrogen will develop particularly for decarbonising industry, freight, shipping, and aviation, with Europe needing to produce 31 million (metric) tonnes of hydrogen annually by 2050. Carbon-Free Europe is funded by Quadrature Climate Foundation, the philanthropic vehicle of investment firm Quadrature Capital.