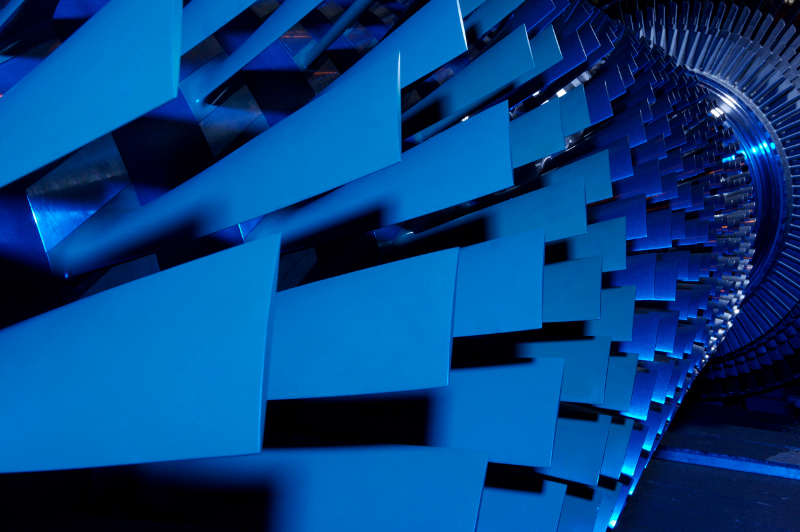 An article on the Utility Dive website has looked at the continuing sales difficulties of large gas turbine manufacturers such as GE, Siemens and Mitsubishi Hitachi, and the reactive measures the companies are taking in response. As coal-fired plants across the world have been reaching their retirement ages, it was widely expected that gas-fired plants would replace them, being generally around half as carbon polluting than coal. However, renewable energy generation technologies have filled some of that void instead, and sluggish electricity demand has also reduced orders for new large gas turbines. Last month, Siemens took the eye-catching step of temporarily closing its power and gas division for around a week worldwide (depending on local regulations), after last year cutting thousands of jobs from the division. As has previously been reported in the Combustion Industry News, GE cut around 12,000 jobs last year, but in May its share price dropped a further 7% in one day after its CEO, Jon Flannery, said that he did not see a quick fix for the company. Mitsubishi Hitachi, meanwhile, has had a better 2018 than GE or Siemens, but nevertheless has announced that it will ‘consolidate’ its manufacturing in the US, closing some sites to cut costs in the expectation of lower future demand. No Japanese sites are to be closed, though they may be somewhat reorganised, and across the company it appears that the plans are to shift staff to other areas (for instance the manufacture of automobile turbochargers) rather than making them redundant. Mitsubishi Heavy CEO Shunichi Miyanaga has said that that “We cannot survive as things stand now.” The company says that without fresh demand, output from its plants will be markedly reduced by 2020. Whether that demand will come is an open question. A recent report from the Rocky Mountain Institute (a sustainability think tank) has suggested that with about 500 GW of power generation capacity to be replaced in the USA by 2030, there will be a ‘rush’ to gas, particularly with plentiful and cheap shale gas available. However, the same report suggests that it would be more expensive to replace the retiring capacity with gas-fired capacity than renewables, because costs for renewables will fall further in the next decade. For GE, Siemens and Mitsubishi’s gas turbine divisions, just how well renewables will fare over the coming years will be vital to their future.