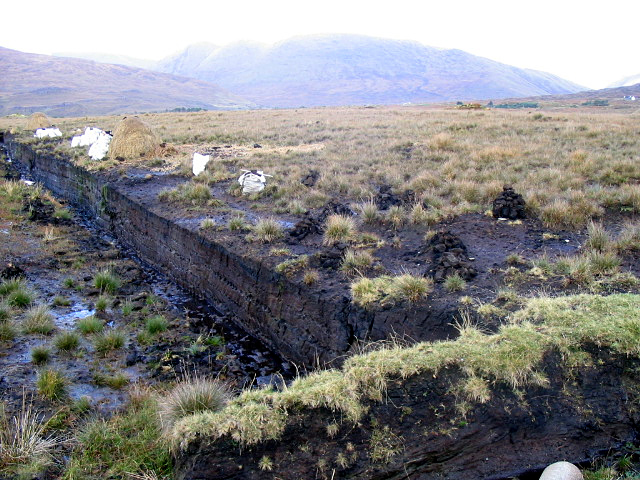 A report in the Financial Times has looked into the decline of the peat industry in Ireland. Industrial harvesting of peat began in the midlands of the country in the 1930s after Ireland won its independence in 1922. With no domestic supplies of oil or coal, and with the demand for fuel for electricity and heating increasing, the long-standing tradition of the use of peat was a natural choice, especially as there were relatively few economic opportunities in the midlands. More recently, the carbon emissions of the peat industry have been highlighted as a problem, as peat is even more carbon dioxide-intensive than coal for energy production. The state-owned Bord na Móna company, which harvests and transports peat across the country, still employs over 2000 people, and the industry remains highly important for the midlands area. However, the company has set a target of ending peat harvesting by 2025 or 2026, and intends to reduce its workforce by a quarter this year. Instead, it will increase its wind and solar power generation, with added impetus after planning permission was refused for the conversion of the Shannonbridge peat-fired power plant to co-fire biomass. A union representative interviewed as part of the report gave a wistful view of what it means for workers, saying that most believe that action on climate change is “for the better…It’s just that it’s hitting rural Ireland harder than it’s hitting Dublin.” While there are numerous critics of Bord na Móna that argue that its plan to completely end electricity generation from peat by 2028 is too slow, those within the company see it differently. Managing director Tom Donnellan told the FT: “I think critics of the company would like us to stop peat in the morning and I don’t think they will stop criticising until we do. We have taken the view that we’re really accelerating it, reinventing ourselves. We need some time to do that.”