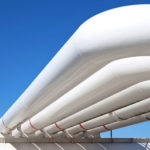 The Financial Times has carried an interesting article on the impact a possible halting of gas supplies from Russia would have on Germany industry.

Before the Russian invasion of Ukraine, Germany imported around 55% of the natural gas it uses from the Eurasian giant, a figure that had risen sharply after the commencement of operation of the first Nord Stream pipeline in late 2011 – from 1990-2011, the figure had been around 40%. (The Soviet Union had supplied gas to West Germany since the early 1970s, and oil even before that as a solution to the strategic dilemma of the sourcing of oil brought by the Suez crisis in the 1950s.) Although German Chancellor Olaf Scholz said at the beginning of April that imports had “grown over decades and cannot be ended from one day to the next”, mounting evidence of atrocities committed by Russian forces in Ukraine is shifting German (and wider European) sentiment towards a rapid exit from Russian imports (as evidenced by last week’s attempt to secure an EU-wide embargo of Russian oil, vetoed by Hungary).

European purchases of Russian fossil fuels are providing a significant source of revenue for Russia as it wages its war, and with Germany being the largest purchaser of Russian energy, there is an acute feeling of discomfort at continued purchases. Added to this is a sense of having created a supply trap for itself – having planned coal and nuclear phase-outs, gas has become increasingly important – which is perhaps part of the reason why despite Russia’s military incursions in Georgia, and its annexation of Crimea, Germany pressed ahead with Nord Stream 2 and allowed Russian companies to buy major energy assets within its borders. Before the incursion in Georgia in 2008, it could be argued persuasively that creating stronger economic ties between Germany and Russia would foster peace, but that argument weakened over the last decade and is now more-or-less defunct.

Another possible scenario is that Russia would itself cut off supplies to Germany in retaliation for German support for Ukraine, as they have done to Poland and Bulgaria. E.ON chief executive Leonhard Birnbaum told the Financial Times that “I’ve seen the energy transition from zero to, let’s say, full steam. I’ve seen Fukushima … I’ve seen turbulent times. But what we are observing right now is … unprecedented.” Siegfried Russwurm, head of the BDI business association, has argued that cutting off Russian gas would force many businesses to halt operation, and “massively damage Germany’s greatest strength, also in international conflicts — its economic strength and stability”. The assessment of one of the country’s top economics institutes, the Kiel Institute for the World Economy, backs this up, with an estimate that 400,000 jobs could be lost and €220 billion over this year and next. Others, such as the DIW think-tank, disagree, countering that energy could instead be imported from Norway and the Netherlands and saved through energy conservation measures.

If rationing becomes necessary, various sectors of the economy will jostle for priority, including the chemicals industry, which feels its importance to the broader economy is undervalued, as well as the automotive and steel industries. As the Financial Times reports, lawyers are already being hired by various industries to represent their interests, and the Federal Network Agency, which oversees Germany’s energy infrastructure, has already held talks with businesses to prepare for “unavoidable shutdowns” (should shortages occur). Its president, Klaus Müller, told newspaper Handelsblatt that “unfortunately, we can’t exclude a situation where we have to make decisions that have terrible consequences for companies, jobs, supply chains, whole regions”. Some companies are already making plans for which of its operations it would prioritise, while there is also a push to reduce heating temperatures to conserve energy supplies.

Much might depend on how quickly alternative gas supplies can be sourced. Presently, the plan is that Germany almost completely weans itself off of Russian gas by mid-2024 (oil by the end of this year), though Mr Birnbuam thinks three years is more realistic. Yet arrangements are being made for a faster change. The economy ministry has optioned three floating storage and regassification units for LNG as a possible temporary measure until LNG import terminals are built (Germany currently having none). Combined, the floating facilities would be able to supply 27 billion cubic metres of gas per year, compared to the 142 billion imported from Russia in 2021. Some coal-fired power plants may have their operating lives extended to help ease the energy burden.

Just how a gas embargo will actually affect Germany might be seen in the coming months.