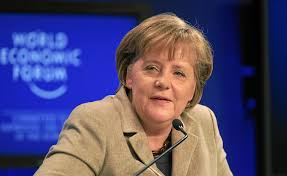 The German government has resurrected the idea of supporting carbon capture and storage in the country. In mid-May, Chancellor Angela Merkel gave an interview to Süddeutsche Zeitung stating her belief that for any European country to achieve net-zero emissions by 2050, CCS would be required, although she acknowledged that “for many in Germany it is a highly charged term”. Opposition to the process in Germany appears to be the result of the 13-year Ketzin CCS pilot scale trial near Berlin, which stored captured carbon dioxide from local coal-fired power plants. Closing in 2017, it attracted protests of those who saw it prolonging the use of coal, therefore being a negative environmental choice. Regardless of whether that argument is a reasonable one, German environment minister Svenja Schulze followed up Ms Merkel’s interview by telling Frankfurter Rundschau that this fear was not applicable, seeing as though the country plans to stop firing coal by 2038. Instead, CCS would be applied to other industries, for example steel making or gas-fired power generation. Importantly, too, new storage locations are expected to be offshore, rather than onshore as with Ketzin, which may mean less opposition. Germany’s Green party was nevertheless critical of the idea of reviving CCS, with co-chairwoman Annalena Baerbock saying that digging up CCS “is like flogging a dead horse in this country”. If CCS does resurface in Germany, it would be a boon to the worldwide effort to push the technology to an economic point that enables wide-ranging deployment across the world, saving, by an estimate of the International Energy Agency, up to 14% of total anthropogenic carbon emissions by 2050.