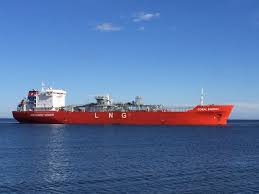 Germany is to receive 2 million tonnes of LNG from Qatar’s North Field Expansion project from 2026 through a supply deal between QatarEnergy and ConocoPhillips, which is to last 15 years (to 2041).

As Reuters reports, Germany aims to be entirely free of Russian gas imports by mid-2024, but with the new Qatari supply not to come until 2026, there may be an extended period in which Germany struggles to find fixed-priced gas, meaning prices remain relatively high; alternatively, supply from Russia may be extended. It also gives a window into how the German energy sector may look in the early 2040s, as the country’s net-zero target approaches.

The deal comes despite some political tensions between Germany and Qatar over the hosting of the FIFA World Cup, and is one of a number of deals that Qatar has recently made for the North Field Expansion project (which will add 49 million tonnes/a production capacity), another being with Sinopec.