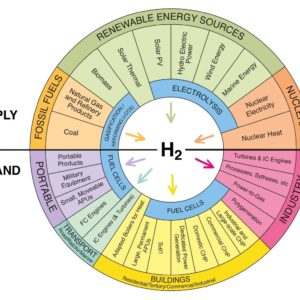 Spain, Portugal and France are to apply for European funding to build a €2.5 billion ($US2.63 billion) undersea pipeline to carry hydrogen from Barcelona to Marseille, both on the Mediterranean coast, with operation pencilled in to begin in 2030.

The three countries had originally envisaged the ‘H2Med’ pipeline as initially carrying natural gas before switching to hydrogen, but modified the concept as European Commission funding rules make it more likely for a hydrogen-only pipeline to gain funding. Given the current European energy crisis, it is tempting to view the project as an attempt to alleviate immediate problems, but a Spanish official has clarified that this is not the case, saying “This is not a piece of infrastructure that is meant to solve the current crisis. It is about the ecological transition in the future.”

Portugal’s interest in the project is as hydrogen producer, with the overall idea being that green hydrogen generated across the Iberian Peninsula will be exported to France. There is also discussion that H2Med will be a piece in a wider network of hydrogen pipelines serving a wider portion of Europe. There are doubts about the projects, however. Analyst Ana Maria Jaller-Makarewicz of the Institute for Energy Economics and Financial Analysis has written that “significant uncertainties have emerged about the project’s purpose, demand, technology, costs, financing, and overall need.”

Although this appears to have been written prior to the announcement that the pipeline would be hydrogen only, some of the doubts it raises remain. One is the high cost of the pipeline, and another is that if the business case for H2Med assumes that France would on-sell hydrogen to Germany and other countries, that demand is somewhat uncertain.