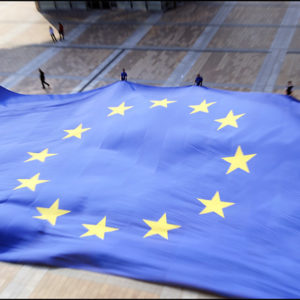 Europe’s much-discussed carbon border tax (officially the carbon border adjustment mechanism, or CBAM) has finally been agreed at a political level, after all-night negotiations amongst the member states of the European Union and EU parliamentarians.

From 2026 or 2027, CO2 emissions costs will be imposed on imports of iron and steel, cement, fertilisers, aluminium, hydrogen and electricity, as the bloc moves to shield its domestic industry from the competitive disadvantage of a relatively high price on carbon, retain industry within the EU, and to incentivise non-EU industry to adopt lower carbon technologies.

Importers will be obliged to buy certificates to cover the cost of carbon, presumably at prices based on the current market price for carbon permits under the EU Emissions Trading System. Details are yet to be determined, but countries with equivalent climate policies are set to be exempted from the charge, which may exclude the USA (as well as the UK), and the EU will have to phase out free permits currently given to its industry in order to meet World Trade Organisation rules.

The agreement is highly significant, not only for European industry but also for decarbonisation worldwide, and will be the first such carbon border tax in the world. Canada and Japan are believed to be considering similar measures.