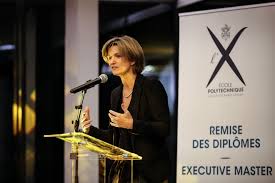 Isabelle Kocher, the only woman to head one of France’s top 40 companies, will not have her position of chief executive of Engie renewed, after her growth plans for the company suffered a loss of confidence, as the Financial Times reports. Ms Kocher became head of the company in May 2016, and oversaw the sale of 20% of the company’s assets (especially fossil fuel ones, including coal-fired power plants) as well as a restructuring of the company to focus on renewable energies. Her reign is reported to have divided opinion, with some receiving an “arrogant, distant and indecisive” impression, and others finding an “intelligent, charming” and purposeful leader. In the last few weeks, an intrigue about her position came to an end, with the board announcing that she will not be asked to remain after her current term ends this May. French President Emmanuel Macron was reported not to be a supporter of Ms Kocher, the French state being a major shareholder in the company, and a persistently weak share price failed to convince the board that her plans for Engie were the best ones. The company will now be seeking a new chief.